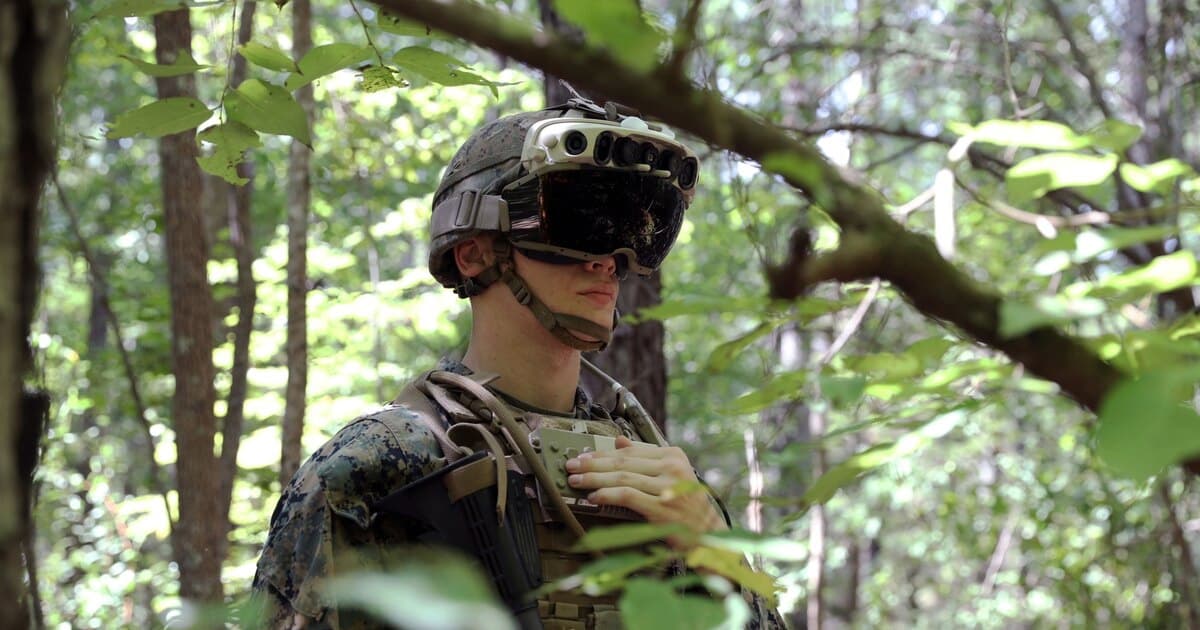 Microsoft Is Selling $21.9 Billion of AR Headsets to the US Army

Microsoft has been awarded a massive contract to supply the US Army with more than 120,000 augmented reality headsets, MSNBC reports.

The contract, amounting to about $21.88 billion over ten years, follows a 2018 contract to build prototypes of the Army's Integrated Visual Augmented System (IVAS). The new contract will involve building working production versions of the system — a deal that stands to change the face of ground combat.

The headsets, based on Microsoft's consumer-facing HoloLens, allow soldiers to view map and even thermal imaging overlays, allowing them to effectively see in the dark.

The headsets can also relay video streams. For instance, thanks to a new gun barrel attachment, soldiers could even see around corners.

"The program delivers enhanced situational awareness, enabling information sharing and decision-making in a variety of scenarios," Microsoft wrote in a blog post announcing the contract. "Microsoft has worked closely with the U.S. Army over the past two years, and together we pioneered Soldier Centered Design to enable rapid prototyping for a product to provide Soldiers with the tools and capabilities necessary to achieve their mission."

Microsoft has a longstanding relationship with the US military. In 2019, the tech company scored a contract to provide cloud services to the Defense Department.

Understandably, Microsoft employees aren't always keen on working for a company with such close ties to the military, calling on their employer to cancel the IVAS contract, cease development of "any and all weapons technologies," and "appoint an independent, external ethics review board" in a  2019 open letter signed by more than 100 Microsoft engineers.

"We are alarmed that Microsoft is working to provide weapons technology to the US Military, helping one country’s government 'increase lethality' using tools we built," the letter read. "We did not sign up to develop weapons, and we demand a say in how our work is used."

More on IVAS: The US Army's New Goggles Could Let Soldiers See Around Corners

From Our Partners
Master Microsoft Azure With The Cyber Week Certification Training Bundle
12. 6. 21
Read More
From Our Partners
Learn Windows Automation In This Cyber Week Training Package Deal
12. 5. 21
Read More
From Our Partners
Save on Science Toys And DIY Kits During This Pre-Black Friday Sale
11. 14. 21
Read More
+Social+Newsletter
TopicsAbout UsContact Us
Copyright ©, Camden Media Inc All Rights Reserved. See our User Agreement, Privacy Policy and Data Use Policy. The material on this site may not be reproduced, distributed, transmitted, cached or otherwise used, except with prior written permission of Futurism. Articles may contain affiliate links which enable us to share in the revenue of any purchases made.
Fonts by Typekit and Monotype.