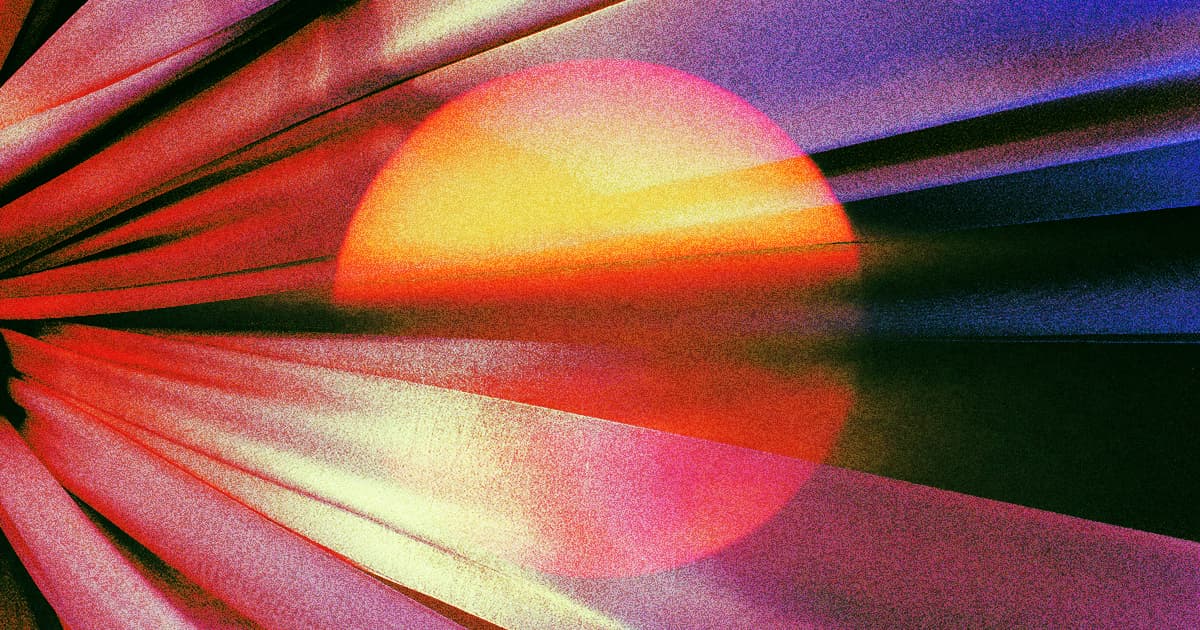 The world as we know it is going to keep getting hotter, thanks to the largely unchecked progression of climate change around the world. So it's time that we actually start dressing for it, according to a team of scientists.

Researchers from a variety of Chinese universities have created what they call "metafabric," which Wired reports is a textile woven with nanoparticles that reflect most sunlight away from the wearer, keeping them cool even in the face of extreme heat. Aside from providing a way to keep people safe in hotter weather, the researchers hope their new material will serve as an alternative to running the air conditioning, which is only making matters worse from an environmental perspective.

The scientists tested out the metafabric on a student by dressing them in a vest, half of which was made of metafabric and the other half of which was made of cotton, and leaving them in the sun for an hour. When time was up, the half of the student's trunk covered by the metafabric was five degrees Celsius cooler than their other side, according to research published in the journal Science. They had similarly encouraging results in longer tests — with skin-simulating hardware rather than hapless students — giving hope for an alternative to energy-intensive AC.

"We are consuming huge amounts of power to cool our environment down," senior study author and Zhejiang University optical engineer Yaoguang Ma told Wired. "If we can have this kind of fabric made into clothes and sell those clothes to people, then we can save a lot of energy."

The metafabric takes things a step further than existing SPF-protective clothing, according to Wired. The latter absorbs ultraviolet light in order to protect the wearer's skin but doesn't manage heat. Metafabric, in contrast, has the same light-reflecting components as SPF clothing, but it also contains Teflon in order to reflect ultraviolet light as well. In doing so, the metafabric is the first textile to use the same principles of heat protection as the paints that protect the outsides of buildings and space shuttles.

"Essentially, it is a mirror," Ma told Wired.

The biggest challenge, Wired notes, will probably be getting metafabric-based clothing to take off — both in terms of finding shelf space and in convincing people to pay the necessary premium for nanoparticle-infused clothing. But if it succeeds, we all may be able to turn the AC back a little bit, keeping climate change from getting worse a little bit at a time.

The Climate Guy
Bill Nye Warns About Impending Collapse of "Doomsday Glacier"
12. 20. 21
Read More
Dead Serious
Scientists: Global Warming Could Kill Tardigrades
1. 15. 20
Read More
You Might Actually Want to Wear Something Made From This Smart Fabric
2. 16. 18
Read More
+Social+Newsletter
TopicsAbout UsContact Us
Copyright ©, Camden Media Inc All Rights Reserved. See our User Agreement, Privacy Policy and Data Use Policy. The material on this site may not be reproduced, distributed, transmitted, cached or otherwise used, except with prior written permission of Futurism. Articles may contain affiliate links which enable us to share in the revenue of any purchases made.
Fonts by Typekit and Monotype.