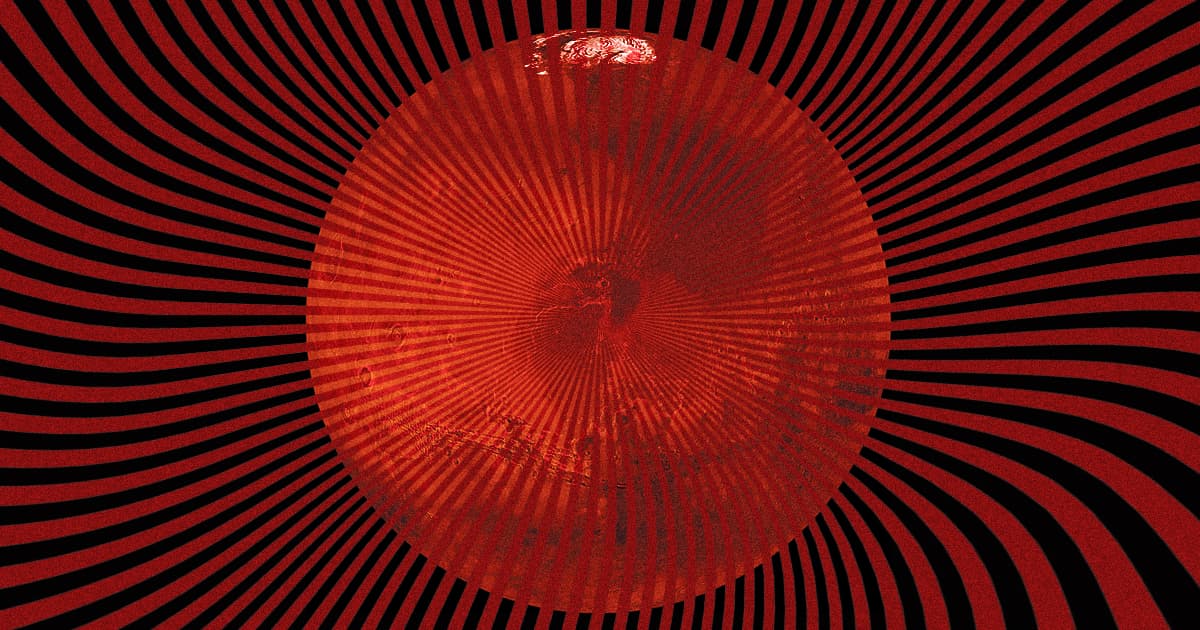 Mars Is Radiating Gravity Waves, Which Is Bad News For Human Settlers

Mars is beautiful, sure — and unimaginably brutal.

Mars is beautiful, sure — and unimaginably brutal.

Bad news for any future Mars settlers: New research used data from NASA spacecraft to show that gravity waves emanating from the planet are making it even more inhospitable to life as time goes on.

Mars is home to some pretty gnarly dust storms. It turns out that these storms can actually trigger the planet into giving off gravity waves, The Academic Times reports. That, in turn, makes Mars' atmosphere leak gas out into space, according to the research published this month in the journal Geophysical Research Letters. That's an unfortunate development, and one that any plans to settle or otherwise travel to Mars will need to take into account.

These storms are unpredictable, cover vast portions of Mars at a time, and can last for months.

Aside from the bigger challenge of mitigating atmospheric escape, that would mean that any human settlers or explorers would need to hunker down for months at a time, having to wait the storms out with very little advance warning. Given that settling on Mars is already a perilous idea, that doesn’t bode well for human exploration.

The storms themselves would be a problem for any short-term human expeditions, but the gravity waves releasing the planet's already-scarce atmosphere out into space are problematic for any long-term settlements or especially geoengineering attempts on the Red Planet.

To clarify, gravity waves have a similar name to gravitational waves, but are actually a totally separate phenomenon in which waves travel upward through a planet's atmosphere.

While some scientists suspect Mars was once a wet and hospitable world in the ancient past, its leaking atmosphere suggests a dry and hostile future.

Editor's note 2/19/2021: This story originally conflated gravity waves and gravitational waves, which are two distinct phenomena in physics. It has been updated.