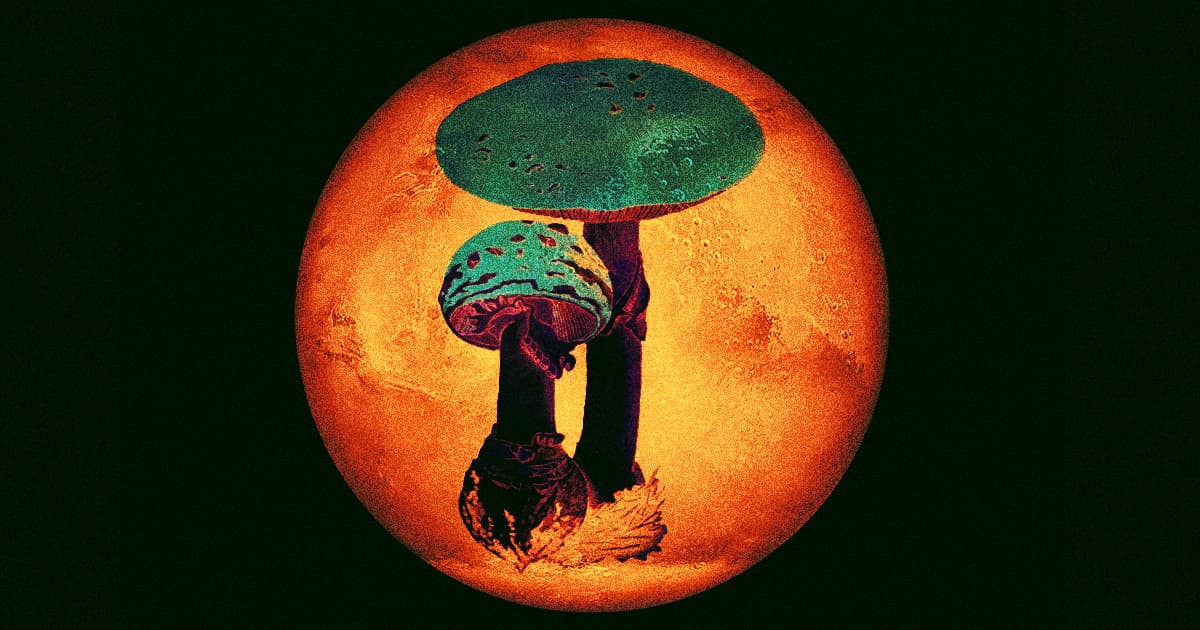 The Mars Mushrooms Are Probably Fake, But Organisms Could Likely Survive on the Red Planet

All hope is not lost for life on Mars!

All hope is not lost for life on Mars!

This week, a team of scientists made the questionable claim that images of Mars taken by various NASA rovers and spacecraft seemed to show mushroom-like organisms popping out of the ground.

We hate to be sticks in the mud — or in this case in the lifeless Martian regolith — but the team's research really didn't hold up to scrutiny. Its central thesis was promptly torn apart, chewed up, and spit out by scientists who say the notion of fungal life growing and thriving on Mars is nothing short of nonsense.

"The conditions on Mars are so extreme that you're not going to see fungi or any kind of life growing at that sort of speed under conditions like coldness and low air pressure," Jonathan Clarke, president of Mars Society Australia, told the South China Morning Post. "Life can barely survive, let alone thrive."

While we can say with some confidence that there probably aren't mushrooms sprouting up around the wheels of the Curiosity rover, more credible research has suggested that some forms of terrestrial life might be able to survive the harsh conditions of the Red Planet.

That includes black mold, which happens to be a fungus like the not-quite-believable Mars shrooms. After recreating conditions like the atmosphere, pressure, and even cosmic radiation, scientists found that black mold spores were able to survive just fine.

And putting aside life from Earth, Mars might even still be able to host its own microbial life. That's according to a new study suggesting that the Red Planet still has active volcanoes which could theoretically create conditions that would allow microbes to survive.

Of course, these developments are full of "coulds," "mights" and "maybes" — there's no evidence yet that Mars does or ever did host life. But we can't rule it out entirely just because of one mildly ridiculous paper on mushrooms.