Black Mold From Earth Could Survive on Mars, NASA Says

"Some microbes, in particular spores from the black mold fungus, were able to survive..." 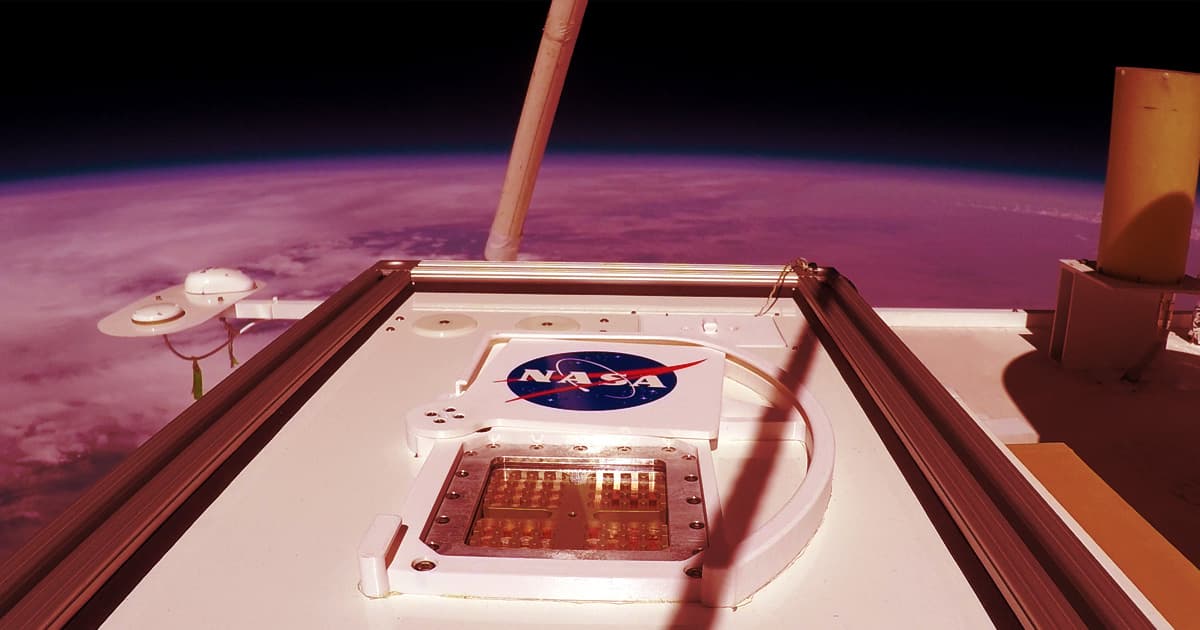 According to new research by scientists from NASA and the German Aerospace Center (DLR), some Earthling microbes — and even black mold — could survive the hostile conditions on the Martian surface.

The research could enhance our understanding of how Earth-based life could survive on a different planet — and could have implications for future space missions as well.

In an experiment, the researchers sent microorganisms to the stratosphere, the second major layer of the Earth's atmosphere above the ozone layer that most closely represents the conditions on Mars, using a weather balloon.

The container, dubbed the the MARSBOx (Microbes in Atmosphere for Radiation, Survival and Biological Outcomes experiment) payload, was kept at both Martian pressure and filled with artificial Martian atmosphere. Some layers were shielded from radiation, while others weren't.

"Some microbes, in particular spores from the black mold fungus, were able to survive the trip, even when exposed to very high UV radiation," DLR microbiologist Marta Filipa Cortesão, joint first author of the study published in the journal Frontiers in Microbiology, said in a statement.

The experiment could help us distinguish extraterrestrial life, if we ever encounter any, from life that simply hitched a ride from Earth.

It could even save astronauts' lives on longer trips into deep space.

"With crewed long-term missions to Mars, we need to know how human-associated microorganisms would survive on the Red Planet, as some may pose a health risk to astronauts," said DLR's Katharina Siems, who also worked on the research.

"In addition, some microbes could be invaluable for space exploration," Siems added. "They could help us produce food and material supplies independently from Earth, which will be crucial when far away from home."

"Microorganisms are closely-connected to us; our body, our food, our environment, so it is impossible to rule them out of space travel," Siems said.

According to the researcher, the MARSBOx experiment is "a really important way to help us explore all the implications of space travel on microbial life and how we can drive this knowledge towards amazing space discoveries."

More on Martian life: Elon Musk: “Doesn’t Seem to Be Any Life in This Solar System”