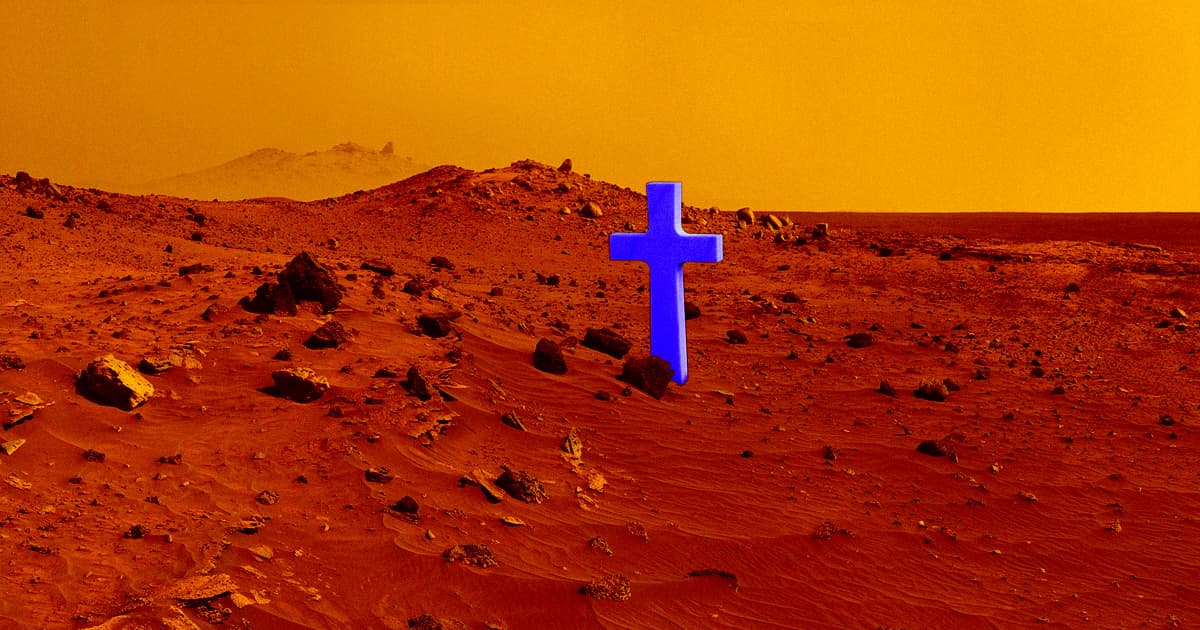 Resources will be scarce on Mars. It'll make sense for colonists to recycle dead bodies.

Resources will be scarce on Mars. It'll make sense for colonists to recycle dead bodies.

A scientist and a fashion designer have teamed up to tackle one of the lesser-discussed problems facing future Mars colonists: what to do with their dead companions' bodies.

Space.com's Chelsea Gohd — a former Futurism staffer, by the way — reports that the pair is exploring solutions that would address both the emotional and the logistical aftermath of a Mars colonist's death. And their ideas could affect how we treat the deceased here on Earth, too.

Bioengineer J.J. Hastings and fashion designer Pia Interlandi divided their "Martian death project" into two parts. The first is a garment that could serve as part of a ritual that would give colonists an opportunity to find closure following their companion's death — think the Martian equivalent of a wake or funeral.

For this, the pair created a multi-layered biodegradable garment out of silk that Hastings then demonstrated for Space.com at the Hawaii Space Exploration Analog and Simulation (HI-SEAS), a Mars-like habitat near Hawaii's Mauna Loa volcano.

The pair is still developing the second part of their project, which Gohd dubbed a "human recycler."

This system would compost the deceased's body, turning it back into raw materials that could then be used for such things as fertilizing plants. That might sound morbid, but given the scarcity of resources on Mars, it would make sense for the colonists to make use of the body after the ritual.

Once Hastings and Interlandi finish developing the system, it might even inform how we conduct "green burials" here on Earth.

READ MORE: How to die on Mars [Space.com]

More on Mars colonization: Here’s How We Could Feed a Million People on Mars

The Inside Scoop on Elon Musk's Plan to Make "Insurance for Life as We Know It"
11. 22. 17
Read More
All the Reasons Why Humans Shouldn't Colonize Mars, According to Experts
11. 18. 17
Read More
Elon Musk Sets September as a Target for the Next Mission to Mars Update
7. 11. 17
Read More
+Social+Newsletter
TopicsAbout UsContact Us
Copyright ©, Camden Media Inc All Rights Reserved. See our User Agreement, Privacy Policy and Data Use Policy. The material on this site may not be reproduced, distributed, transmitted, cached or otherwise used, except with prior written permission of Futurism. Articles may contain affiliate links which enable us to share in the revenue of any purchases made.
Fonts by Typekit and Monotype.