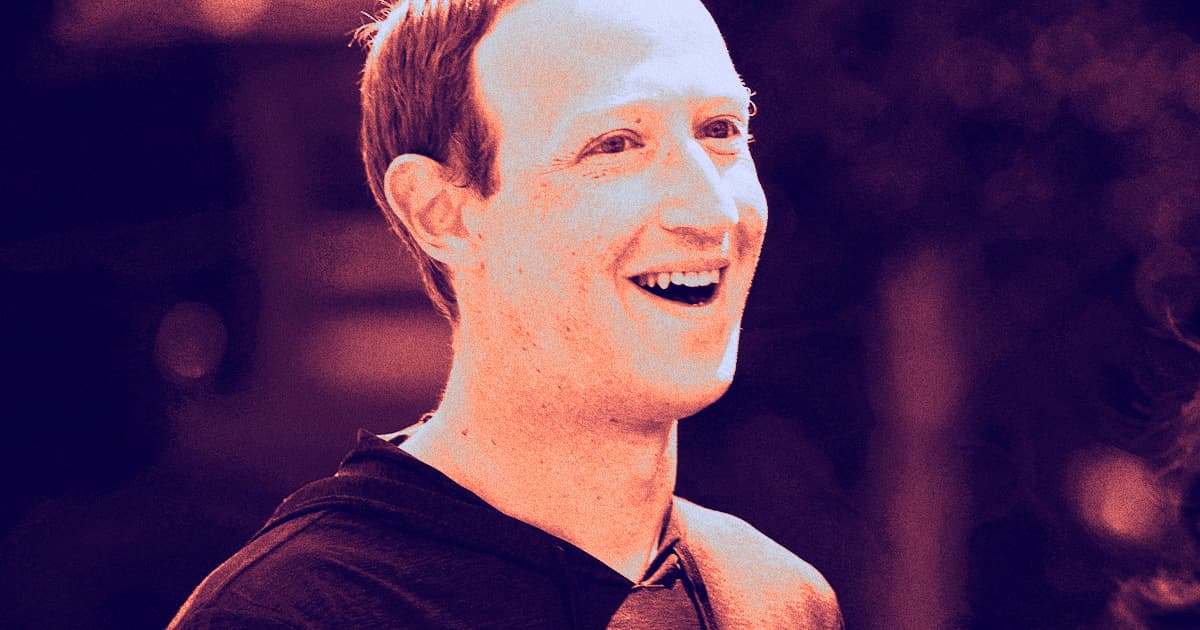 Mark Zuckerberg Tries to Explain Why the Metaverse Is Great, Gets Attack of the Hiccups Instead

This is, well, something.

This is, well, something.

While trying to explain the pros of the metaverse in an interview that took place within said metaverse, Meta-formerly-Facebook CEO Mark Zuckerberg ran into a few hiccups — literally.

In an interview with the New York Times, both Zuckerberg's real self and his virtual avatar struggled against hiccups as he explained to Andrew Ross Sorkin, the founder of the paper's DealBook newsletter and conference, why the metaverse could be a boon for the business world.

"Sorry," the Facebook founder admitted. "I have the hiccups."

"I just pounded my lunch really quickly before getting in here," he added.

Before an interview about the company’s challenges and its future, Meta C.E.O. Mark Zuckerberg joined Andrew Ross Sorkin in the metaverse (where he had a bout of hiccups). Watch the interaction. #DealBook pic.twitter.com/CpSJRZfRjk

Zuckerberg pushed hard for his metaverse vision in the interview, saying that "if you’re getting skepticism, you’re pushing hard enough."

He also bragged that his company's $1,500 Oculus Pro virtual reality device has advanced expression-translating capabilities that it brings to the metaverse, though his point was undercut by his own virtual mouth barely moving as he talked.

This isn't the first Zuckerberg has struggled with optics while pushing the so-far-underwhelming vision.

Just after Facebook — ok, fine, Meta — made history for the largest single-day stock selloff ever in the beginning of 2022, for instance, the founder was seen with red eyes in an all-hands meeting with staff. Like with the hiccups, Zuckerberg acknowledged the weirdness and told employees that if he looked like he'd been crying, it was only because he'd scratched his cornea.

In a sense, you gotta hand it to the man: he's sacrificed $700 billion in company value and his own dignity in his quest to make the metaverse a real thing that people want to use. And he's not letting a few hiccups along the road stop him.

More on Zuckerberg: Former Facebook Exec Says Zuckerberg Has Surrounded Himself With Sycophants