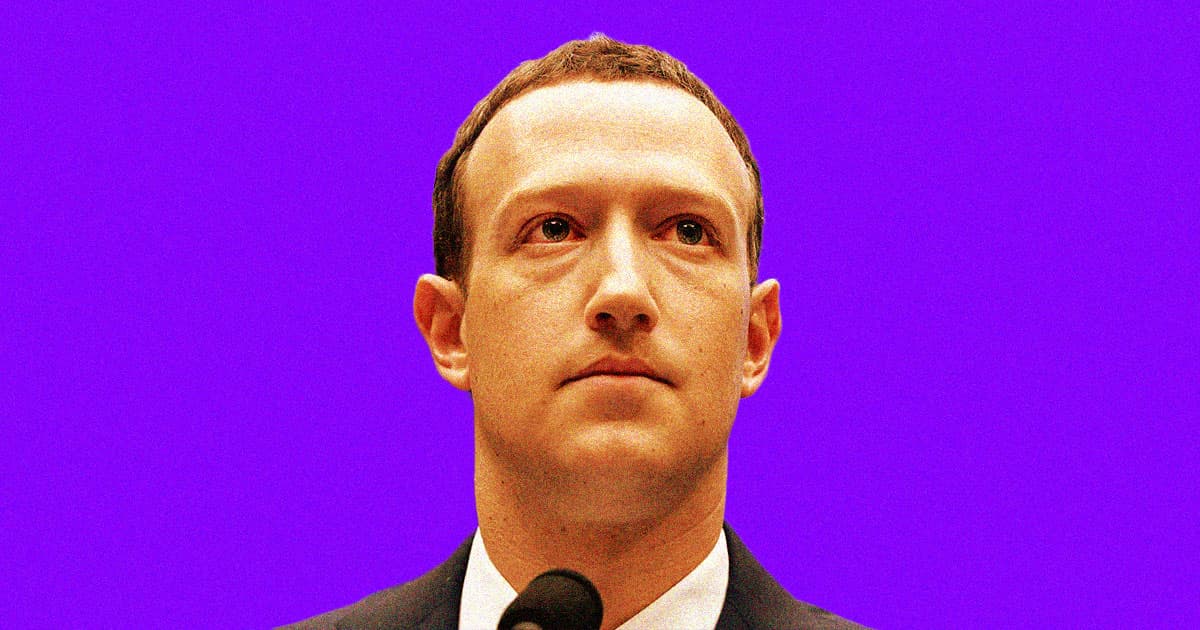 During a pivotal post-stock selloff meeting, Meta CEO Mark Zuckerberg gave a very bizarre reason for looking like he was, well, about to cry on camera.

As Bloomberg reports, a red-eyed Zuckerberg told employees on a company-wide video meeting responding to the company's huge stock drop that if he began crying, it was because he'd scratched his cornea.

The strange claim, which may or may not have been an attempt at humor, came amid a historic drop in the company's stock value, which lost a quarter of its value this week due to both a shrinking userbase and a giant projected loss of revenue, prompting investors to sell off their holdings en mass.

TikTok on the Clock

Indeed, the current situation at the company formerly known as Facebook seems quite grim with the Meta stock dropping more than $250 billion or 26.4 percent in market value, which is the greatest loss the company has ever seen and the greatest single-day dive in the history of the stock market to boot.

In the face of it all, Zuckerberg implored his employees during the meeting to focus more energy on Instagram Reels to try to respond to the "unprecedented level of competition" posed by TikTok, Bloomberg reports per an anonymous source.

Facebook has, of course, tried and spectacularly failed to "pivot to video" before, and it's tempting to analyze this advice from Zuckerberg as an attempt to lay blame not on the CEO's poor business decisions but instead on the people who work for him.

Those same employees are often compensated with stock options, so the quarter drop in Meta's stock and the massive sell-off could lead to valuable employees leaving the company, another anonymous source told Bloomberg.

Zuckerberg himself also experienced a net worth loss of an eye-reddening $31 billion, the BBC reports — though given that he's still one of the world's richest men and worth a cool $90 billion after the drop, the situation is a lot more dire for his employees than for him personally.

We won't know exactly how bad this is for Facebook or its nascent Metaverse is until the dust settles, but given how much energy and money Zuckerberg's put into this moonshot, let's just say the optics aren't great.

Notaverse
In Extremely Confusing Twist, Facebook Says It Isn't Building a Metaverse After All
May 20
Read More
Facebook Needs to be Stopped
Facebook Admits It Doesn't Know What It Does With Your Private Data
Apr 27
Read More
Tyrannosaurus Exec
Mark Zuckerberg Says That When Employees Call Him the "Eye of Sauron," It's Actually a Compliment
Apr 1
Read More
+Social+Newsletter
TopicsAbout UsContact Us
Copyright ©, Camden Media Inc All Rights Reserved. See our User Agreement, Privacy Policy and Data Use Policy. The material on this site may not be reproduced, distributed, transmitted, cached or otherwise used, except with prior written permission of Futurism. Fonts by Typekit and Monotype.