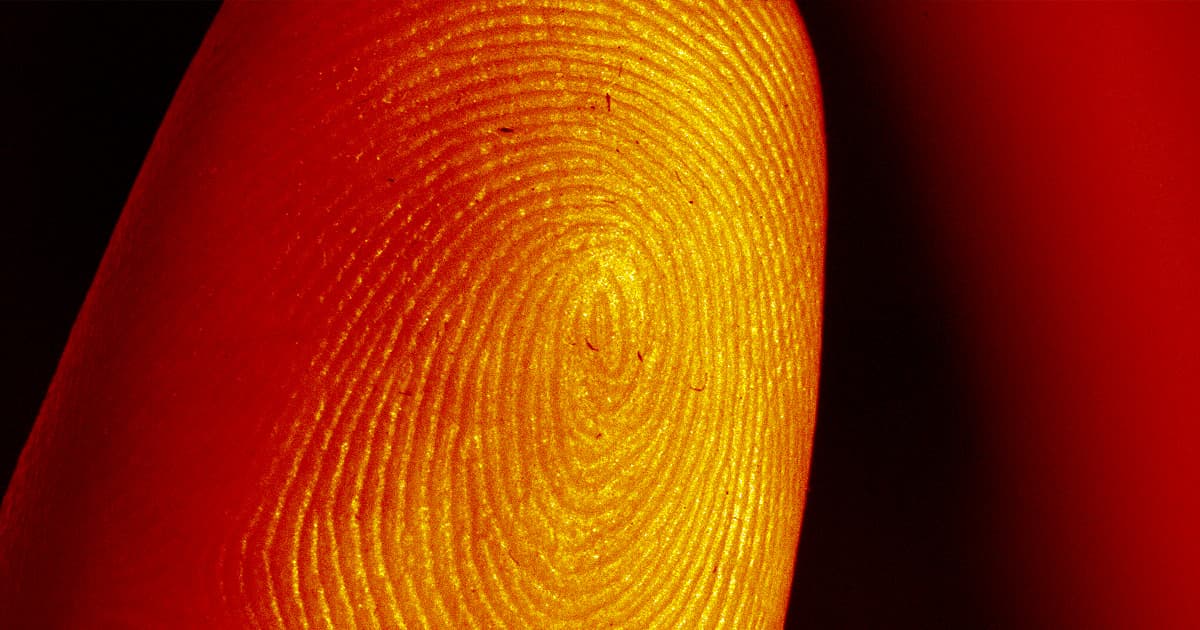 It sounds like something from a corny action flick.

Kieran Higgins, a retiree living in rural Spain, used the severed tip of his index finger to successfully unlock his Samsung Galaxy A20 smartphone, The Register reports.

Higgins lost the tip of his index finger two weeks earlier in an industrial accident involving a crane. He chose to keep what remained of his crushed digit in a vat of medical-grade alcohol as a precaution in case insurance ever gave him any trouble in the future.

And as it turns out, it made for a fun at-home technology test. "I extracted [the fingertip] from its grave of medicinal alcohol, dried it off and... eureka! ... managed to register my dead finger on my phone," Higgins told the newspaper.

It worked since it was, well, the exact same finger that was used to set up the device. It is at least a little bit unusual however since many devices with fingerprint scanners require the finger to be able to conduct electricity, as Live Science reported back in 2018.

In fact, the longer a person has been dead, the more difficult it becomes to unlock a conductivity-based fingerprint recognition system, according to the report.

The Samsung Galaxy A20 is a budget device, but still features a capacitive fingerprint authenticator on the back. It's possible Higgins' finger was simply not dead long enough to stop working.

It's not the first recorded time a dead finger has been used to unlock a phone. In 2018, Florida police went to a morgue to use a deceased man's finger to unlock his phone to look for evidence.

So next time you find yourself locked out of your device after losing a finger, it's best to hold on to your lost appendage. There's a chance you might still be able to get in.

More on smartphones: Google Testing Feature That Scolds You For Using Smartphone While Walking