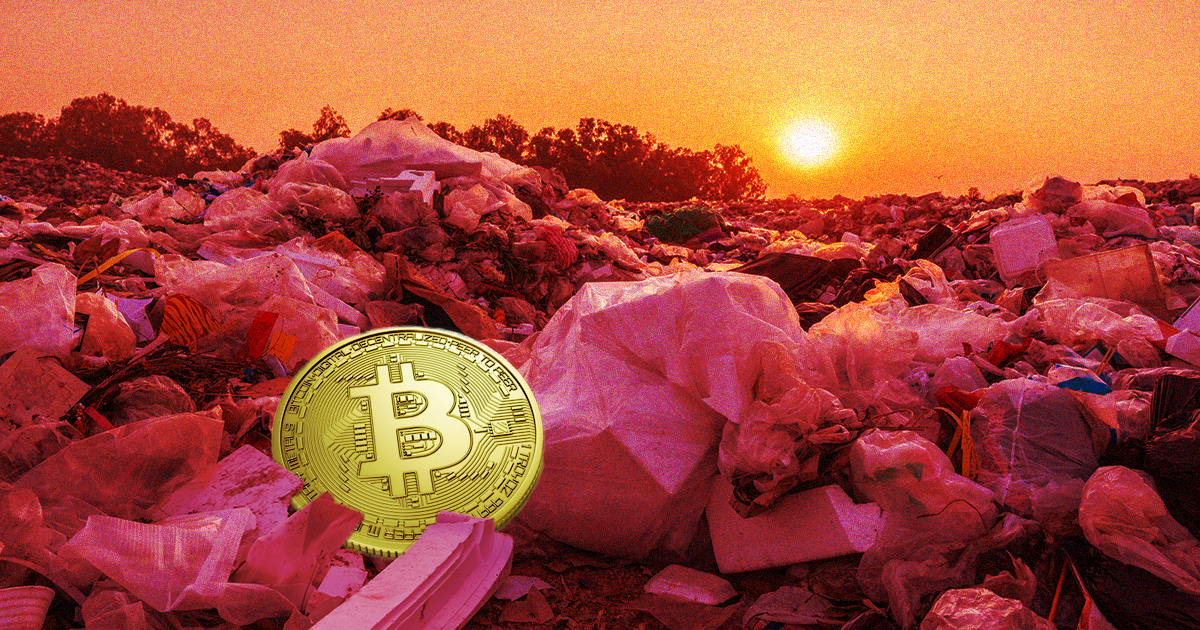 He's not ready to give up.

He's not ready to give up.

Moving on is hard.

Just ask UK-based IT engineer James Howells, who, almost a decade ago, accidentally threw away a hard drive containing over $180 million worth of Bitcoin — and is still clinging onto hope that it's recoverable.

Howells mistakenly chucked the hard drive, which allegedly contains about 8,000 Bitcoin, back in 2013, well before the cryptocurrency shot up in both popularity and value.

By today's standards, whatever's on that hard drive — if it even turns on — is worth a lot, just under $184 million to be precise.

Since early last year, Howells has been lobbying the Newport city council to let him comb through all of the landfill's trash in order to find it.

Most recently, he claimed to have secured funding and a top-notch, trash-digging team to support the hunt — but as the BBC reports, the council has once again rejected his search citing environmental concerns.

Among claims that his newly-assembled team boasts environmental experts, Howells' most recent plea to the council outlined plans to incorporate assistive AI and robot dogs in the effort.

"We've basically got a well-rounded team of various experts, with various expertise, which, when we all come together, are capable of completing this task to a very high standard," the IT tech told the BBC.

To sweeten the pot, Howells offered to put ten percent of the recovered Bitcoin into crypto-based town projects, including a clean energy-powered crypto mining site, a one-time handout to all residents of $61 worth of crypto, as well as access to crypto-based sales terminals in all local shops.

But that's all predicated on Howells finding the damn drive and discovering that it still works. Then there's the fact that the outlook of the crypto market is looking less than stellar these days.

"Part of this is managing the ecological risk to the site and the wider area," a council spokesperson told the BBC. "Mr. Howells' proposals pose significant ecological risk which we cannot accept, and indeed are prevented from considering by the terms of our permit."

More on crypto woes: Man Wakes Pregnant Wife to Tell Her He Lost $100,000 on Crypto

Crypto Probe
Coinbase Reportedly Under Investigation by the SEC
Jul 26
Read More
Crypto Cash Out
Tesla Sells Off Most of Its Bitcoin, at a Huge Loss
Jul 21
Read More
Cope Springs Eternal
Financial Planner Desperately Explains to Clients Why the Bitcoin Crash Is Good, Actually
Jun 14
Read More
+Social+Newsletter
TopicsAbout UsContact Us
Copyright ©, Camden Media Inc All Rights Reserved. See our User Agreement, Privacy Policy and Data Use Policy. The material on this site may not be reproduced, distributed, transmitted, cached or otherwise used, except with prior written permission of Futurism. Fonts by Typekit and Monotype.