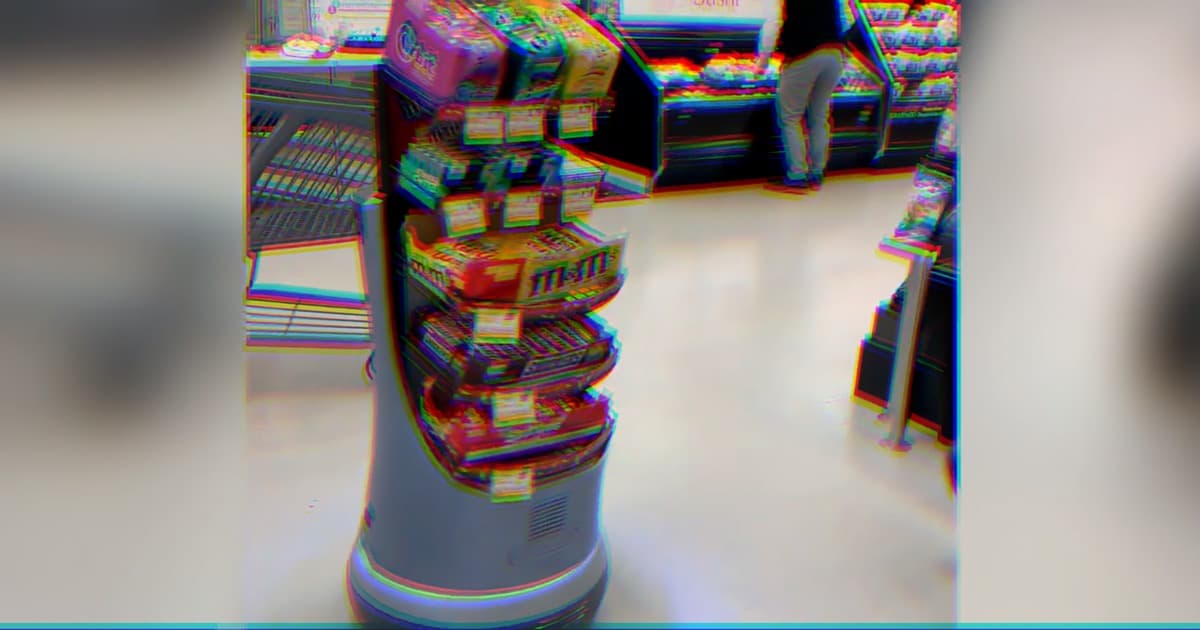 It gathers data about your shopping habits — all while offering you snacks.

It gathers data about your shopping habits — all while offering you snacks.

As if avoiding impulse purchases at the grocery store wasn’t hard enough, the company behind M&Ms has created an autonomous robot that follows you around as you shop for groceries to tempt you with candy.

The Mars Inc. candy company developed the robot — nicknamed "Smiley" — to follow shoppers around and offer them snacks long before they reach the checkout line, according to Gizmodo. The robot uses a variety of sensors to get around the store and approach potential customers with candy.

Watch it in action below:

Gathering Data For The Robot Uprising

Smiley wasn’t just made to sell candy, though. The robot is also gathering valuable data about customer interactions.

It uses its sensors to watch how shoppers go about the store and interact with specific products, reports Gizmodo. This data can help store owners create a better shopping experience for their customers in the future — and sell more products as a result.

So far, Mars has only released one Smiley for testing at a ShopRite grocery store in Monroe, New York. If both ShopRite and Mars find it successful, though, we might see an entire army of Smileys being unleashed on stores throughout the world.

Who knew our cyberpunk dystopia would be less cybernetic augmentations and flying cars, and more creepy robots that stalk you while you try to buy groceries?

READ MORE: This Mars Bar Rover Will Chase You Around a Store and Tempt You to Buy Candy [Gizmodo]

Hail SanTO
This Robot Reads the Bible to Old People in Nursing Homes
3. 29. 19
Read More
Busy Bots
Scientists Are Teaching AI-Powered Robots to Reproduce, Evolve
3. 27. 19
Read More
Back Again
Google's Revived Robotics Department Prioritizes Powerful AI
3. 27. 19
Read More
+Social+Newsletter
TopicsAbout UsContact Us
Copyright ©, Camden Media Inc All Rights Reserved. See our User Agreement, Privacy Policy and Data Use Policy. The material on this site may not be reproduced, distributed, transmitted, cached or otherwise used, except with prior written permission of Futurism. Articles may contain affiliate links which enable us to share in the revenue of any purchases made.
Fonts by Typekit and Monotype.