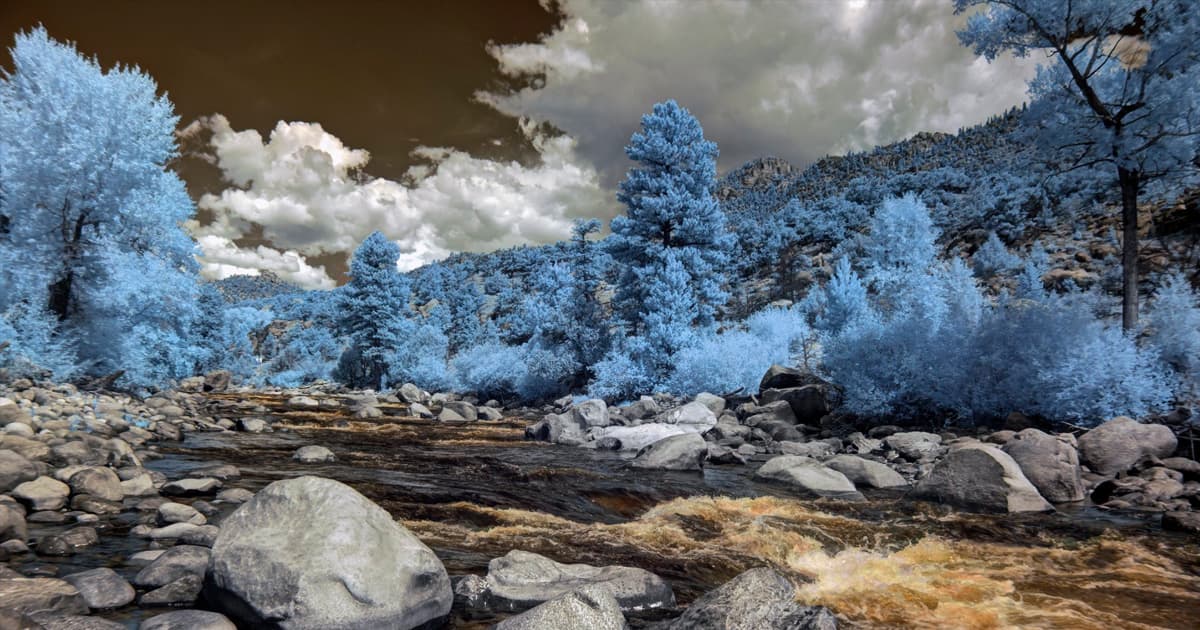 A team of engineers built a system that lets people to see colors in the infrared spectrum — as long as they're looking through a camera lens.

We can see light with wavelengths within the visible spectrum, a fairly narrow band of colors that falls between ultraviolet and infrared light. But researchers from Tel Aviv University built a system that, mounted on a camera, make the colors of infrared light visible to us, according to research published in the journal Laser & Photonics Reviews. It makes a normally-expensive scientific tool more accessible — to the point it could be used for photography or citizen science.

The team says that the device can be used to image gases like hydrogen, carbon, and sodium each of which can glow brightly in infrared. It can also image scenes in nature, which tend to look otherworldly under infrared light.

Aside from photography and science, the scientists suggest a few slightly more consequential uses for their low-cost infrared tech.

"So an environmental monitoring satellite could 'see' a pollutant being emitted from a plant," coauthor Haim Suchowski said in the release, "or a spy satellite would see where explosives or uranium are being hidden."