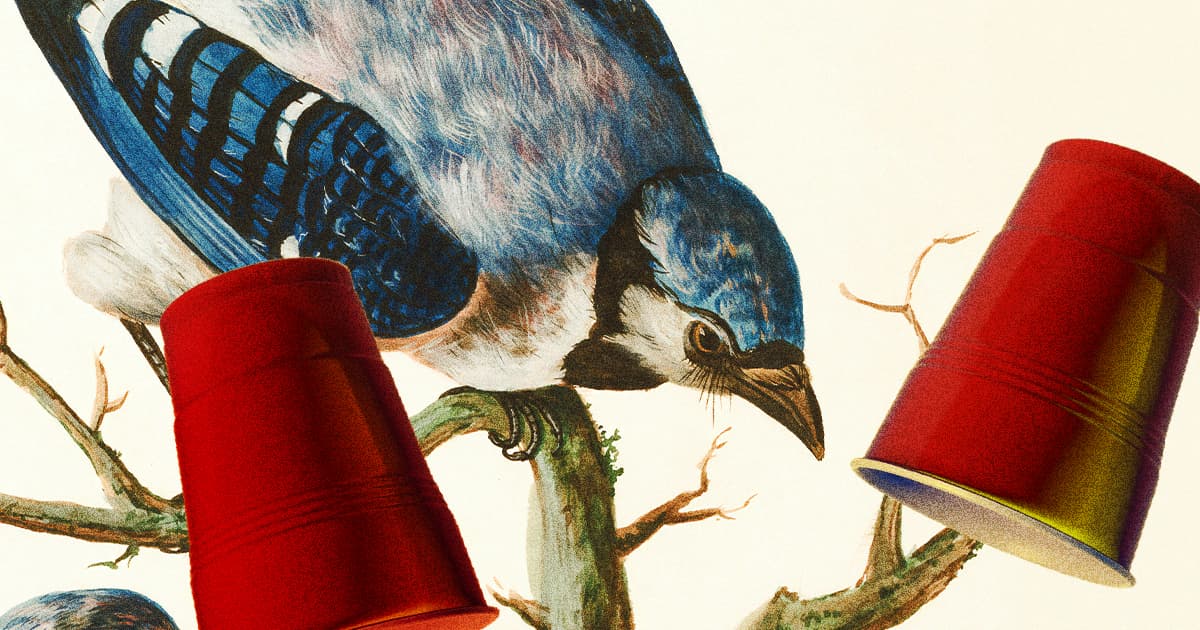 Magic Tricks Can Fool Birds, Say Scientists With Nothing Better To Do

This next trick is for the birds!

This next trick is for the birds!

In an astounding scientific feat, a team of psychologists from the extremely prestigious University of Cambridge has proven that they're capable of fooling birds — with your run-of-the-mill, souvenir-magic-kit sleight of hand.

That's right! Eurasian jays (part of the notoriously clever Corvidae family of birds, to be fair) get utterly bamboozled by the shell game, according to a real scientific study that was published in the journal Royal Society Open Science on Wednesday, and was first spotted by Phys.org. Again, this is real — scientists from Cambridge secured grant funding to trick birds, then wrote up a paper saying "hmm yes, hypothesis conclusion birds can be fooled, something something scientific method," and managed to then get it published in a scientific journal.

Just take a look at this scientific figure that, again, exists in a real journal.

In an unrelated note, the oceans are losing oxygen and the planet is on fire — but we've got bird grifting figured out!

You may be asking yourself questions about this like "huh?" and "wtf" and perhaps you've gotten a little bit further in processing this groundbreaking news and now want to know how you, too, could do something as scientifically legendary as fooling a bird, yourself.

If the above figure didn't give you enough of a step-by-step, the magic secret is to fool the birds into thinking that a delicious mealworm is hiding beneath one of the cups. If they guess the cup correctly, they'll get to enjoy their gross, wiggly snack. But then the worm is swapped out for some cheese — which is less appetizing to birds — before the jays got to take their pick.

More important bird research: Baby Birds Are Leaping From Their Nests and Dying Because of Extreme Heat

Horrible Geese
Furious Geese Are Defeating Humans, Scientists Find
Dec 4
Read More
Simulated Shocks
People Are Horrified When They Have to Torture a Virtual Person
4. 12. 19
Read More
Replication Crisis
New Research Just Debunked 14 Classic Psychology Experiments
11. 21. 18
Read More
+Social+Newsletter
TopicsAbout UsContact Us
Copyright ©, Camden Media Inc All Rights Reserved. See our User Agreement, Privacy Policy and Data Use Policy. The material on this site may not be reproduced, distributed, transmitted, cached or otherwise used, except with prior written permission of Futurism. Articles may contain affiliate links which enable us to share in the revenue of any purchases made.
Fonts by Typekit and Monotype.