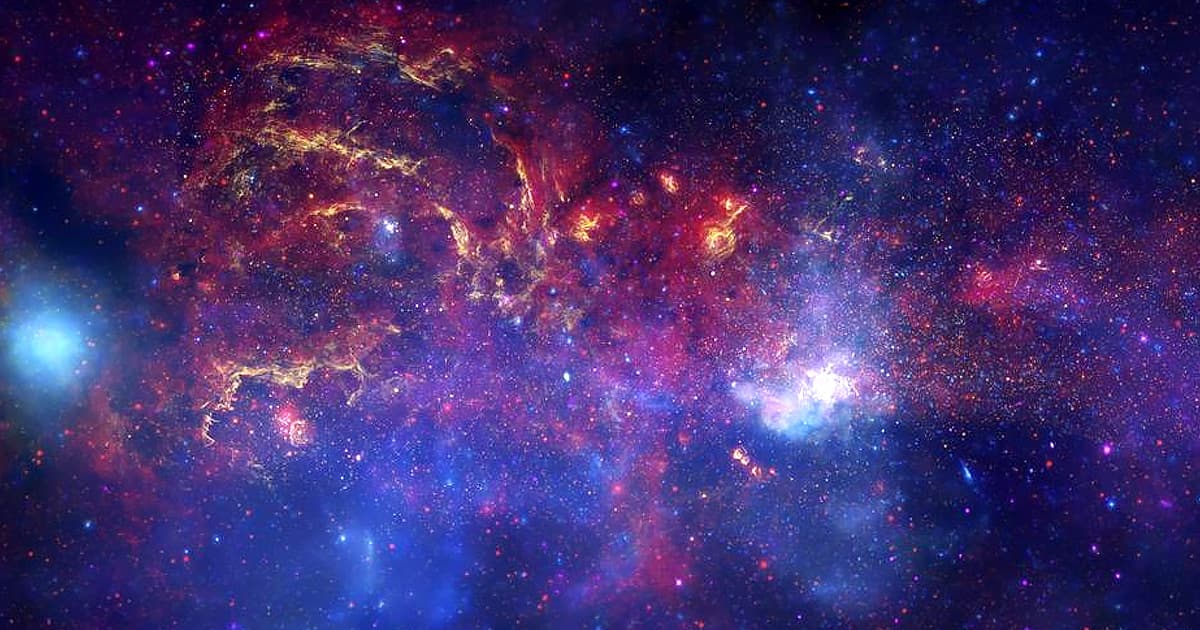 Like genetic mutations, each generation would develop new traits, perhaps to the point of developing intelligence.

Like genetic mutations, each generation would develop new traits, perhaps to the point of developing intelligence.

The search for potential extraterrestrial life typically centers around planets that resemble — or once resembled — the hospitable conditions on Earth. But a team of City University of New York physicists is proposing a different idea: a bizarre form of life could theoretically survive in the center of a star.

That's not to say there are secret alien civilizations hiding inside stars, but rather that hypothetical lifeforms might theoretically be able to survive and reproduce before being destroyed by their hellish surroundings, ScienceAlert reports. While the CUNY physicists say their work is speculative, it could be an important paradigm shift in how we conceptualize and hunt for extraterrestrials.

Rather than DNA, the scientists suggest these starfaring aliens might be based on one-dimensional cosmic strings and monopoles — particles with only one magnetic pole — that rapidly form increasingly complex structures and reproduce. Like genetic mutations, each generation would develop new traits, perhaps to the point of developing intelligence.

"Compared to the lifetime of a star, its lifetime is an instantaneous spark of light in the dark," the scientists wrote in their paper, which was published Saturday in the journal Letters in High Energy Physics. "What is important is that such a spark manages to produce more sparks before it fades away, thus providing a long lifespan of the species."

The scientists even pointed to specific stars, like the erratic EPIC 249706694, that might be harboring such life, though once again they say they're totally speculating. These theoretical organisms would survive by absorbing some of their star's energy, so any star that dims faster than models predict could, theoretically, be serving as host.

"It is a fascinating thought that the universe may be packed with intelligent life that is so different from ours that we failed to recognize its existence," study coauthor Eugene Chudnovsky told ScienceAlert.

READ MORE: A Strange Form of Life Could Flourish Deep Inside of Stars, Physicists Say [ScienceAlert]

More on extraterrestrial life: SETI Telescope Down for Months After Mysterious Damage