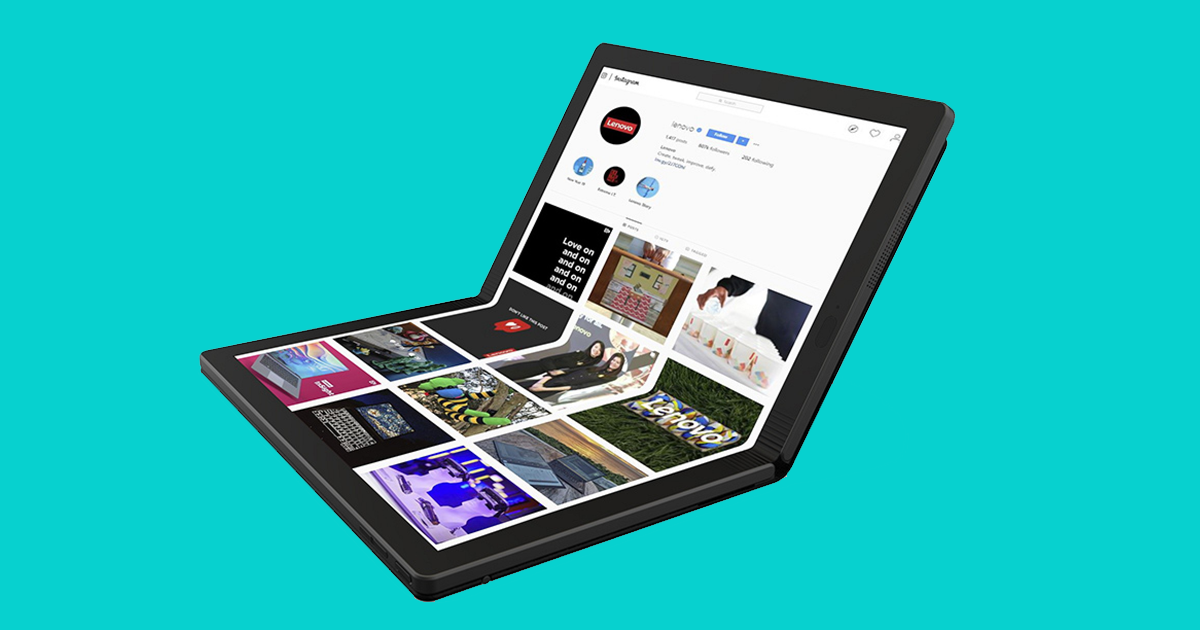 At its Accelerate conference on Monday, Chinese tech company Lenovo unveiled a prototype of what it's calling "the world’s first foldable PC."

"This is not a phone, tablet, or familiar hybrid," the company wrote in a press release announcing the device. "This is a full-fledged laptop with a foldable screen."

The company says it plans to begin selling the foldable laptop in 2020 — adding to the mounting evidence that foldable screens are going to be a staple of future tech (assuming the industry can work out the few remaining kinks).

Know When to Fold 'Em

Lenovo hasn't released too many details on the laptop — in fact, the device doesn't even have a name yet.

What the company has shared is that the foldable laptop will be a member of the ThinkPad X1 family and that an Intel processor will power it. Lenovo also revealed that it created the device's 13.3-inch 2K OLED display as part of a partnership with LG.

While the video Lenovo released of the laptop provides just a quick glimpse at new tech, Engadget did have a chance to get hands-on with the prototype, and the video the news outlet released offers a far more in-depth look at the device.

FROM THE DEPT. OF THINGS TO BUY
Best Laptop Backpacks of 2022
Jul 31
Read More
Samsung Plans to Release a Folding Screen Smartphone Next Year
9. 12. 17
Read More
Wearable Technology: Flexible and Conductive Nano Film Makes Bendable Electronics
6. 14. 16
Read More
+Social+Newsletter
TopicsAbout UsContact Us
Copyright ©, Camden Media Inc All Rights Reserved. See our User Agreement, Privacy Policy and Data Use Policy. The material on this site may not be reproduced, distributed, transmitted, cached or otherwise used, except with prior written permission of Futurism. Articles may contain affiliate links which enable us to share in the revenue of any purchases made.
Fonts by Typekit and Monotype.