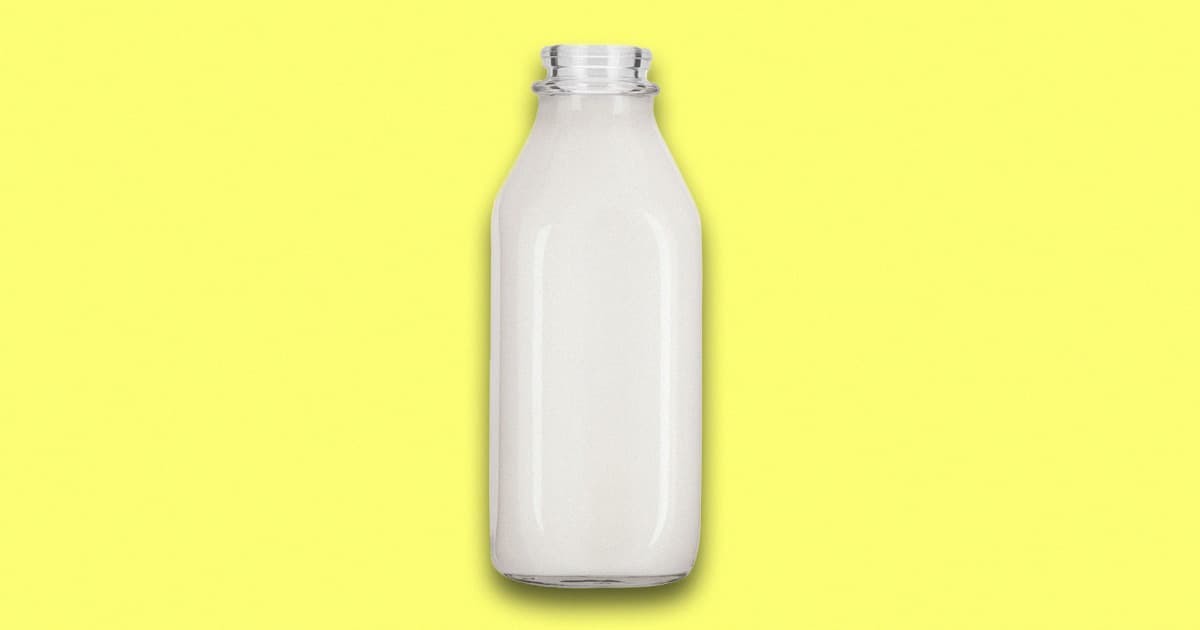 Leftover Milk Could be the Key Ingredient for Carbon Capture Tech

It's a smelly new way to fight climate change.

It's a smelly new way to fight climate change.

One elusive white whale in the fight against climate change has been carbon capture: tech that could scrub carbon dioxide out of the atmosphere, but hasn't yet been developed at scale.

The trick is finding the right material that can bind to carbon atoms released into the air. Now, scientists from Clarkson University say they've found the best one yet — waste milk.

The unpleasant-sounding research, which was published in the journal Advanced Sustainable Systems, could help us control carbon emissions — and prevent the food waste that contributes to them.

Currently, dairy farms throw away 50 million gallons of perfectly-good surplus milk every year, according to a Clarkson press release on the study. Instead of pouring it down the drain, the scientists found milk to be a cheap source of activated carbons — the porous material that sticks to carbon — which are more environmentally friendly than other sources being explored.

"Powdered milk can be converted into advanced activated carbons with the right porosity and surface chemistry to adsorb the CO2," study coauthor and Clarkson chemist Mario Wreidt said in the release, "allowing much better control than with the current materials used for this process, like coconut shells or coal."

Dairy farms are notorious emitters of greenhouse gases, thanks in no small part to the methane, uh, emissions from the cows themselves. Using dairy products to help fight climate change, then, feels like a bit of poetic justice. Especially because it means more milk sold for the farmers themselves.

"This use of waste milk could actually be a boost for the dairy industry," Wreidt added.