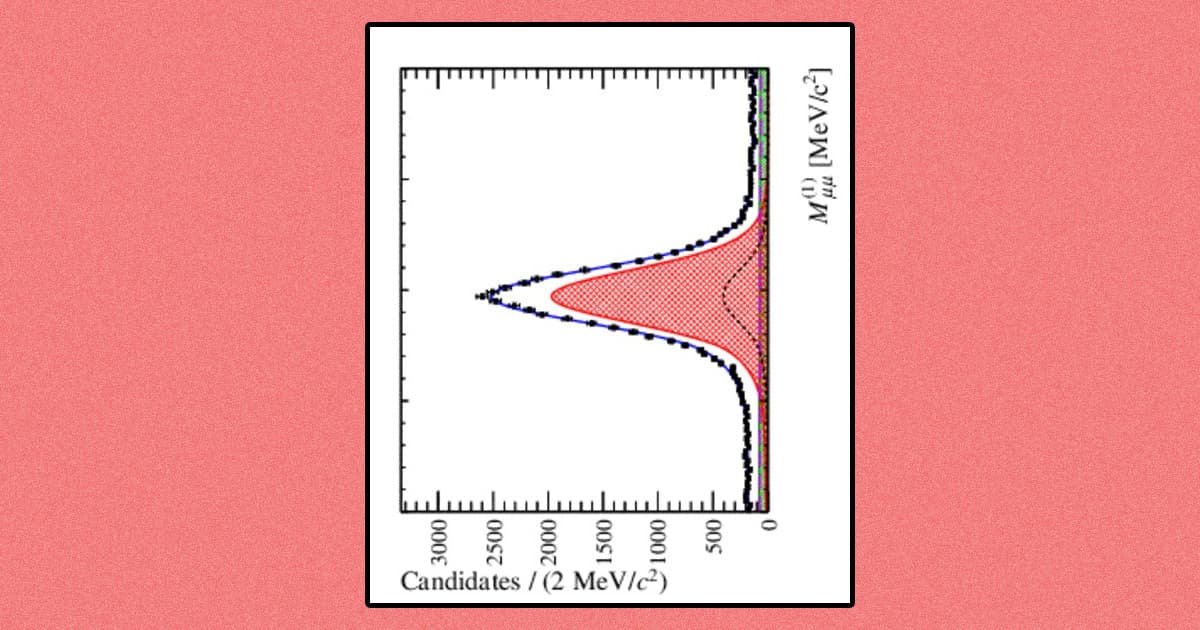 The bizarre new particle is all charm. Get it?

The bizarre new particle is all charm. Get it?

Physicists at CERN's Large Hadron Collider just discovered a brand-new kind of subatomic particle — and its composition is a baffling world-first.

The yet-unnamed particle is the first — that we know of — to be entirely made up of the same kind of quark, which is a building block for subatomic particles. In this case, according to preprint research shared online Tuesday, the particle is composed of four charm quarks — an arrangement that could help physicists better probe the underlying forces holding particles together.

Charm quarks are just one of six flavors of quark, along with up, down, strange, top, and bottom. As one of the heavier flavors, the charm quarks are bound together by the same, poorly-understood fundamental force that binds protons to neutrons. Researchers hope the unusual combination can help them explain how that particular force works.

"Particles made up of four quarks are already exotic," project spokesperson Giovanni Passaleva said in a press release, "and the one we have just discovered is the first to be made up of four heavy quarks of the same type, specifically two charm quarks and two charm antiquarks."

Next, the team hopes to sort out whether they've found a true tetraquark or rather two quark pairings that are bound together like atoms in a molecule — though both would be valuable discoveries.

"Today's discovery opens another exciting chapter in this scientific book, allowing us to study our theory of matter particles in an extreme case," spokesperson Chris Parkes said in the release.

More on the LHC: The LHC Just Discovered A New System of Five Particles

Quacks Like a Duck
Those Headlines About Scientists Building a Wormhole Are Total Nonsense, People
12. 1. 22
Read More
Good Samaritan
Physics Dept Gets Random Box Full of $180K in Untraceable $50s and $100s
12. 22. 21
Read More
Primordial Tap Water
The Early Universe Was a Vast Liquid Ocean, Scientists Say
6. 3. 21
Read More
+Social+Newsletter
TopicsAbout UsContact Us
Copyright ©, Camden Media Inc All Rights Reserved. See our User Agreement, Privacy Policy and Data Use Policy. The material on this site may not be reproduced, distributed, transmitted, cached or otherwise used, except with prior written permission of Futurism. Articles may contain affiliate links which enable us to share in the revenue of any purchases made.
Fonts by Typekit and Monotype.