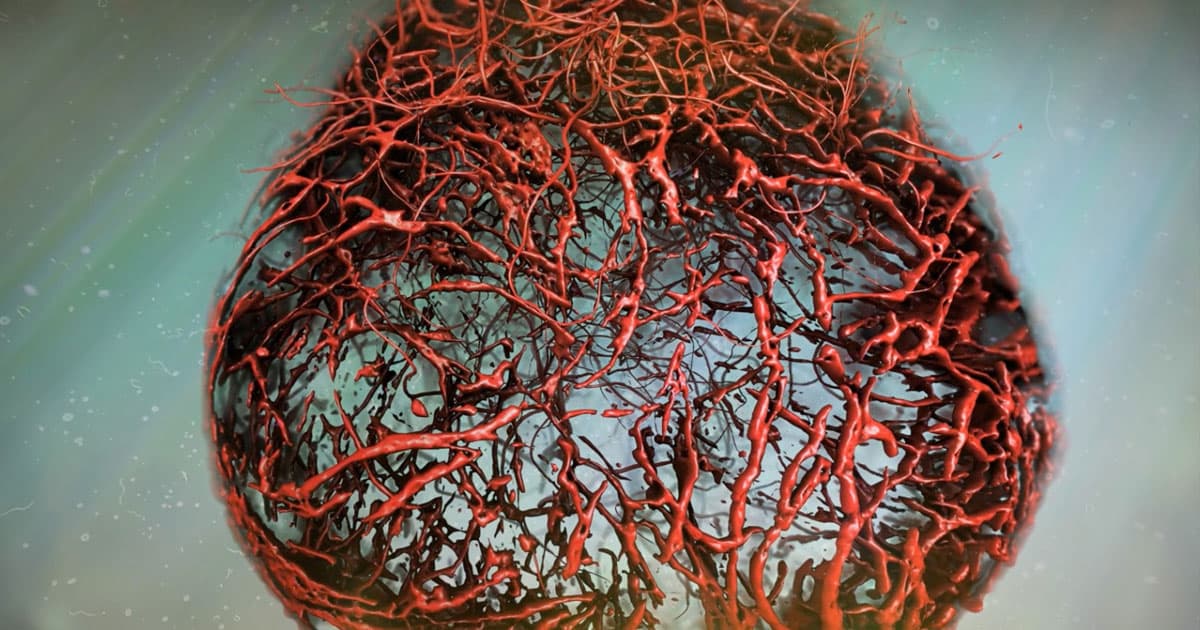 We Can Now Grow Perfect Human Blood Vessels in a Lab

The latest game changer in diabetes research might not be a new drug or a therapy. Instead, it could be a system of human blood vessels virtually identical to the ones currently transporting blood throughout your body.

What makes these blood vessels special is that they are the first ones grown in a lab — and they've already generated a new lead in diabetes treatment.

When a person has diabetes, their blood vessels often exhibit an abnormal thickening of what's known as the "basement membrane." This thickening impairs the transfer of oxygen and nutrients to cells and tissues, which can cause a plethora of health problems ranging from kidney failure and blindness to heart attacks and strokes.

In a study published in the journal Nature on Wednesday, researchers from the University of British Columbia detail how they were able to coax stem cells into growing into human blood vessel "organoids," the term used for three-dimensional, lab-grown cellular systems that mimic the characteristics of organs or tissues.

They then placed the lab-grown blood vessels in a petri dish designed to mimic a "diabetic environment." They found that the basement membrane thickened in a way that was "strikingly similar" to the thickening seen in patients with diabetes, according to researcher Reiner Wimmer.

The researchers then went on the hunt for a chemical compound that could prevent this thickening in their lab-grown blood vessels and found one: an inhibitor of the enzyme γ-secretase.

The team's study suggests that inhibiting γ-secretase in patients could be a helpful diabetes treatment, but according to researcher Josef Penninger, there are potential uses for lab-grown blood vessels far beyond diabetes research.

"Being able to build human blood vessels as organoids from stem cells is a game changer," Penninger said in a press release. "Every single organ in our body is linked with the circulatory system."

"This could potentially allow researchers to unravel the causes and treatments for a variety of vascular diseases," he continued, "from Alzheimer’s disease, cardiovascular diseases, wound healing problems, stroke, cancer and, of course, diabetes."

More on organoids: Robots Can Grow Humanoid Mini-Organs From Stem Cells Faster and Better Than People

Old Drug, New Trick
A Cheap Diabetes Drug Shows Potential as a Life-Extension Therapy
3. 25. 19
Read More
Diabetics Rejoice
MIT Invents Smart Pill That Injects Insulin Into Your Stomach
2. 7. 19
Read More
Cell Culture
The First Lab-Grown Placenta Unlocks Brand New Medical Research
12. 4. 18
Read More
+Social+Newsletter
TopicsAbout UsContact Us
Copyright ©, Camden Media Inc All Rights Reserved. See our User Agreement, Privacy Policy and Data Use Policy. The material on this site may not be reproduced, distributed, transmitted, cached or otherwise used, except with prior written permission of Futurism. Articles may contain affiliate links which enable us to share in the revenue of any purchases made.
Fonts by Typekit and Monotype.