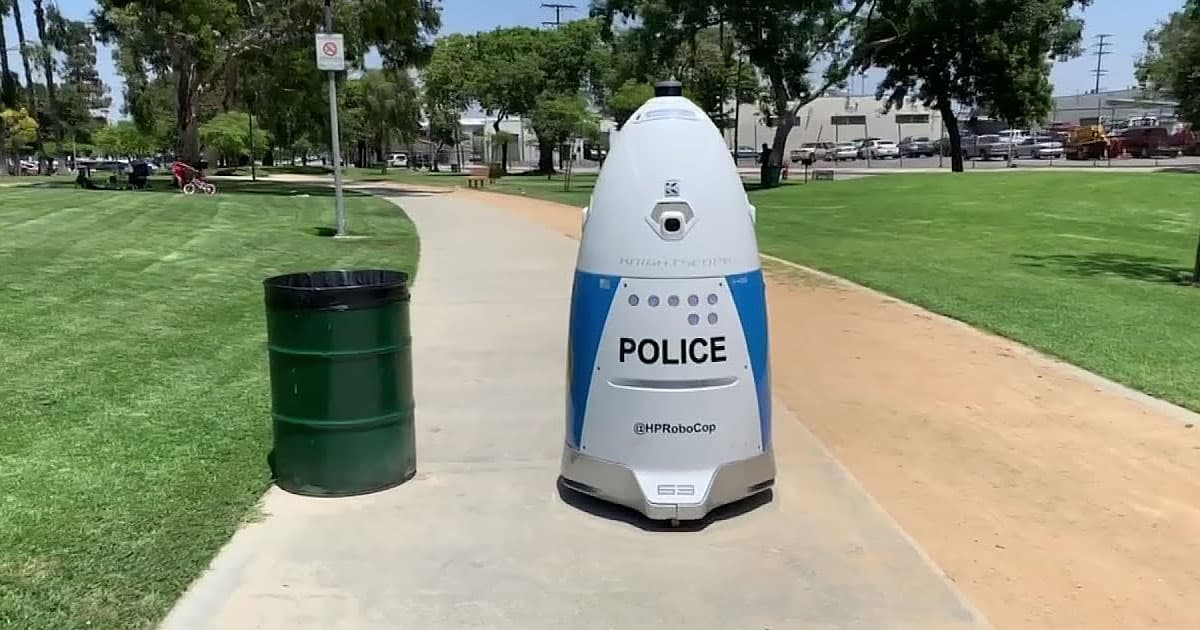 The robot told the woman calling for help to "step out of the way."

The robot told the woman calling for help to "step out of the way."

Those Knightscope security robots may not be so great at their jobs.

When a woman in a park near Los Angeles saw people fighting and tried to summon help via a police robot patrolling nearby, the robot merely told her to "step out of the way" and continued along its pre-determined route, according to NBC News. No help came until the spectators called 911 directly, raising the question of what, if any, function these robots are actually supposed to serve.

It turns out that the robot, a K5 model named "HP RoboCop," patrols the park on behalf of the police department — but doesn't have any way of summoning human officers to the scene, Huntingdon Park police chief Cosme Lozano told NBC.

Instead, he said, calls go to Knightscope — and will continue to do so until the police department develops protocols for handling calls made through the police bot. It's surprising news, given that the robot has been patrolling the park since June.

The fact that people assume the robot, which has the word "police" emblazoned on it in large letters, to connect them to the police department reveals just how nebulous these robots are. Especially when they pop up without any sort of public education to go alongside them.

"Are we going to get in trouble if we touch it?" park visitor Violete Alvaraz posed to NBC. "Who's guiding it? I don't know how it works. Should I still call 911?"

READ MORE: A RoboCop, a park and a fight: How expectations about robots are clashing with reality [NBC]