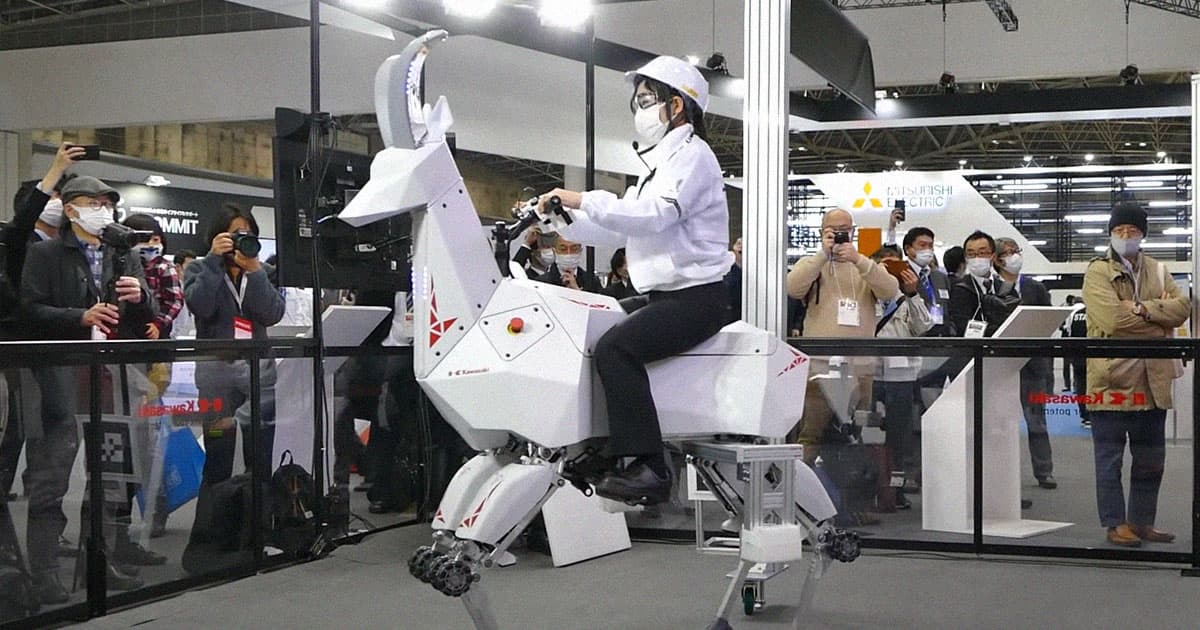 Who needs a Tesla when you got a robotic goat?

Who needs a Tesla when you got a robotic goat?

Sorry, Tesla-stans. Electric cars are yesterday’s news. Robo-goats are the new hot way to get around.

Or at least that’s a possibility now that automotive company Kawasaki unveiled a new rideable, robotic goat last week at the International Robot Exhibition, Insider reports. Dubbed "Bex," the goat was modeled after the wild goat species ibex and engineered in partnership with the University of Tokyo.

Bex is fitted to carry passengers up to 220 lbs and can be controlled via handlebars, according to Kawasaki. The company also says that the robot is intended to carry cargo for factories and warehouses.

The goat was also created as part of Kawasaki’s Kaleido program, which aims to create horrifying humanoid robots for presumably nefarious industrial purposes. That said, Bex is also part of a larger trend of companies looking for more innovative ways to address massive labor shortages hitting global industry amidst the pandemic.

Kawasaki’s robo-goat is still very much in the conceptual phase now — but we could see it rolled out to companies in the future. When that happens, we’ll get much closer to getting "Horizon: Zero Dawn" robotic mounts.