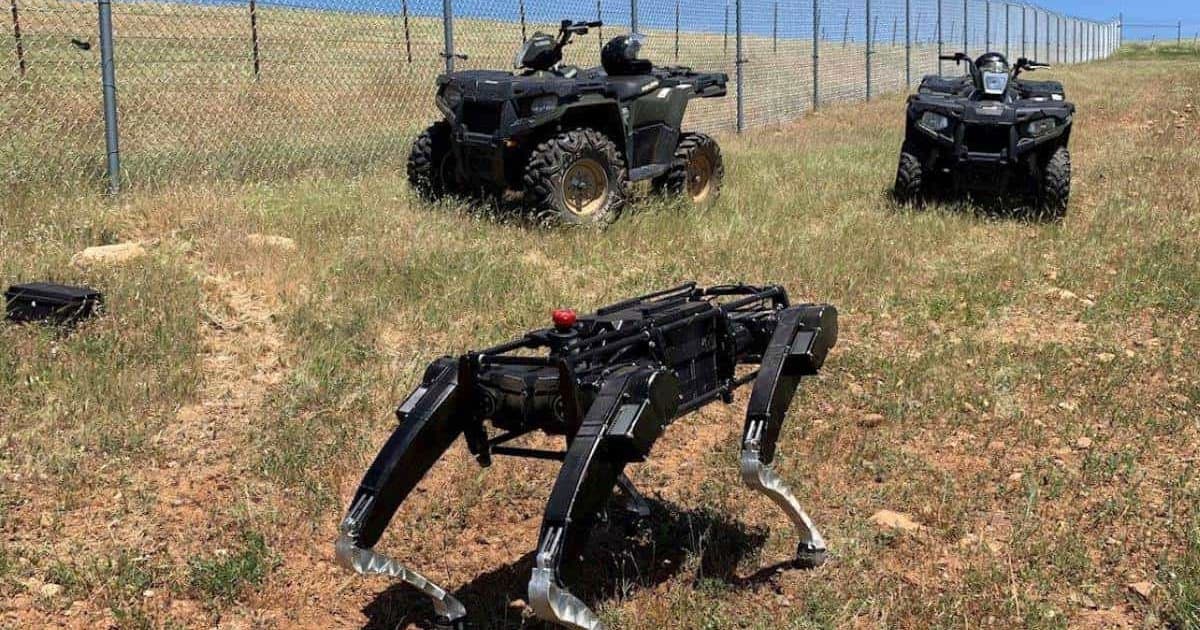 In a bleakly dystopian turn of events, the Department of Homeland Security is deploying robot dogs to patrol the United States' southern border.

Behind the deployment is Ghost Robotics, a tech company that famously mounted a rifle to a robodog last year to the chagrin of everyone who wasn’t a blood-thirsty warmonger. The company has helped engineer the latest robodog to patrol the desert terrain in the American Southwest and rat on any desperate refugees attempting to cross the border.

"The southern border can be an inhospitable place for man and beast, and that is exactly why a machine may excel there," Brenda Long, program manager for the DHS’s research arm Science and Technology Directorate, said in the release.

It wasn’t long before some began to refer to the machines as "Terminator Dogs" on social media.

"Has no one watched [B]lack [M]irror?!" wrote one. "In no world do we need robodogs hunting human beings."

This unnecessary and bleak extension of our police state is also being referred to as a "force multiplier" by the DHS. Once operational, they’ll be able to complete assignments such as sentry duty and carrying payloads across rough terrain.

Of course, critics of the robodog use by law enforcement officials have described the tool as dehumanizing and invasive.

"There's a potential for these robots to increase the militarization of police departments and use it in ways that are unacceptable," Jongwook Kim, legal director of the American Civil Liberties Union of Hawaii, told The Associated Press. "Maybe it's not something we even want to let law enforcement to have."

All in all, this seems like a horrifying and grim addition to the Customs and Border Patrol’s brimming arsenal of weapons, tools, and tactics to pRoTeCt OuR sOuThErN bOrDeR. Don’t let the DHS attempt to dog-wash the truth, though: this is strange, dystopian, and sets an omious precedent.

READ MORE: Robot Dogs Take Another Step Towards Deployment at the Border [Department of Homeland Security]