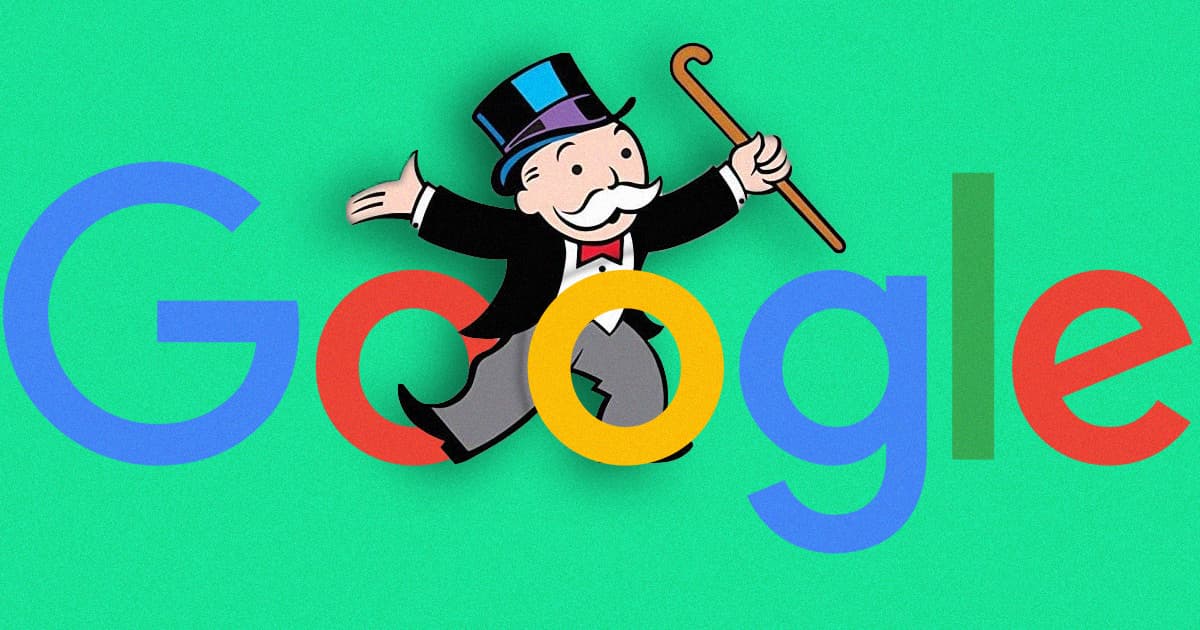 Do Not Pass Go

Get ready for a huge legal battle.

Get ready for a huge legal battle.

On Tuesday morning, the U.S. Department of Justice filed a massive antitrust case against Google, which is rapidly shaping up to be the largest the company has ever faced.

The case argues that Google pays smartphone manufacturers to unfairly promote its own apps and products over ones made by its competitors, according to Business Insider. The legal battle is expected to play out in courts over the next several years — so the upcoming presidential election could dictate how the case will proceed.

Google has held the U.S. government's ire for monopolistic behavior for years. The House of Representatives launched an antitrust investigation into Google and Facebook last June, and breaking up big tech was a theme during the recent Democratic primary. As The Verge reports, 50 state attorneys general are also currently investigating Google for anticompetitive behavior.

The Silicon Valley giant has also landed in hot water for its alleged anticompetitive practices overseas, with the Chinese government planning to launch its own antitrust probe, heavily inspired by a $5 billion fine imposed on Google by Europe.

Given that a presidential election is so near in the future, the antitrust case will be led and shaped by whoever takes office and appoints Justice Department leadership, Business Insider reports.

Democrats and Republicans have both supported antitrust regulation. But during recent, otherwise-productive antitrust hearings the political right tended to focus on perceived, nonexistent censorship against conservatives online, so there's always the chance this case gets derailed as well.

More on antitrust probes: Congress Is Decided Whether to Break Up Facebook, Google