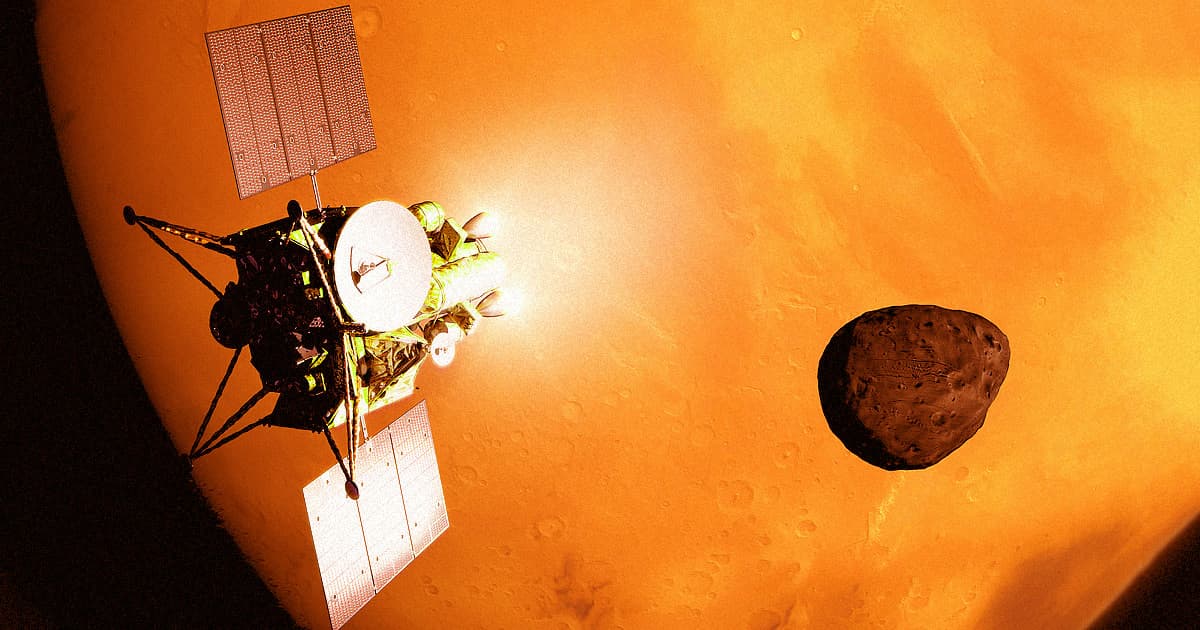 In conjunction with the Japan Broadcasting Corporation (NHK), the Japan Aerospace Exploration Agency (JAXA) has announced that it’s planning to photograph Mars’ mysterious moons with cameras that can shoot 8K ultra-high-definition images.

If successful, it could be the first time in history Mars and its moons are captured in such detail.

To pull it off, the two organizations are teaming up to develop the “Super Hi-Vision Camera,” designed to be attached to JAXA’s Martian Moons eXploration (MMX) spacecraft, which is set to launch in 2024.

The MMX mission, greenlit by the Japanese government back in February, will attempt to uncover the mysteries surrounding the origin stories of Mars’s two relatively tiny moons, Deimos and Phobos. They’re highly unusual as they orbit the Red Planet at extremely close distances. Deimos’ orbit takes it as close as 3,700 miles away from the Martian surface — about one percent of the distance between the Earth and its Moon.

Apart from the camera, the spacecraft will carry 11 scientific instruments to the Martian system. It will even attempt to collect a ground sample from Phobos’ surface before taking the long trip home.

The camera will snap ultra-HD images and broadcast them for the world to see, courtesy of JAXA. The untouched files will be locally stored on a recording device attached to the MMX spacecraft and will hopefully make it all the way back to Earth — if everything goes according to plan.

Get More WFH Real Estate With These Highly-Rated Monitors
3. 18. 21
Read More
Martian Duds
On Tomorrow’s Launch, NASA Is Sending Spacesuit Chunks to Mars
7. 29. 20
Read More
Coarse and Rough
Astronomers Say “Megaripples” Are Moving Across the Surface of Mars
7. 24. 20
Read More
+Social+Newsletter
TopicsAbout UsContact Us
Copyright ©, Camden Media Inc All Rights Reserved. See our User Agreement, Privacy Policy and Data Use Policy. The material on this site may not be reproduced, distributed, transmitted, cached or otherwise used, except with prior written permission of Futurism. Fonts by Typekit and Monotype.