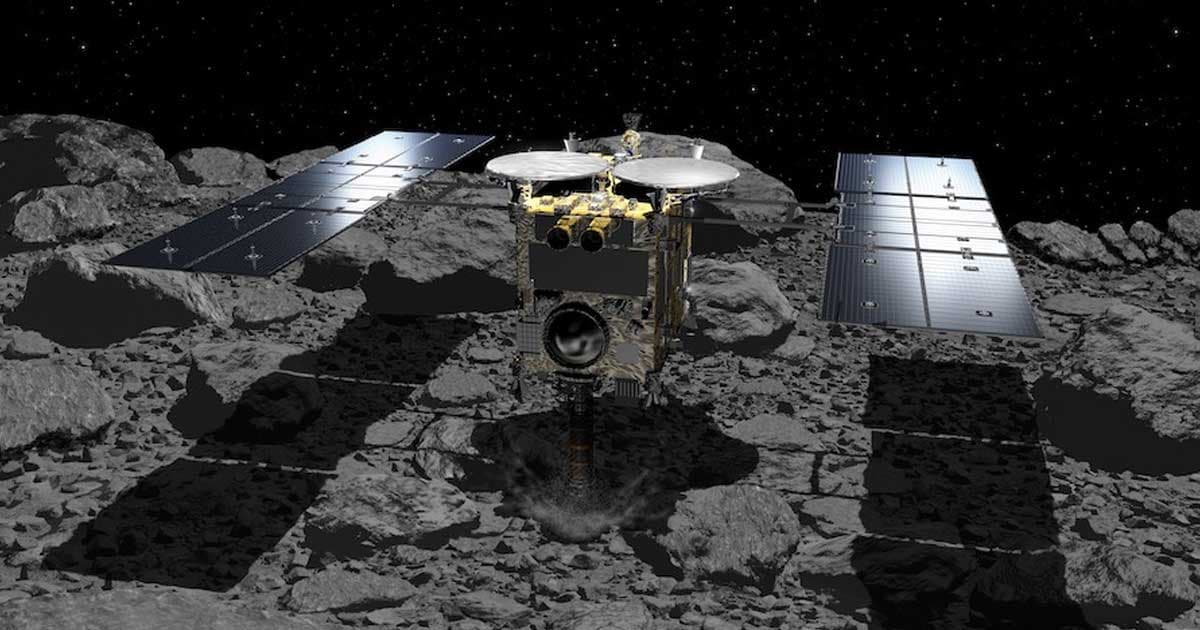 Japanese Space Probe Returning to Earth, With Chunks of Asteroid

The tiny spacecraft has nearly 200 million miles to cover.

The tiny spacecraft has nearly 200 million miles to cover.

Earlier this year, Japan's Hayabusa2 space probe pulled off the unprecedented feat of landing on a distant asteroid and collecting rock samples to take back as a souvenir.

Now, the probe is beginning its long trek back to Earth — a bittersweet moment for the team behind the craft.

"I'm feeling half-sad, half-determined to do our best to get the probe home," project manager Yuichi Tsuda told reporters, as quoted by Agence France-Presse. "Ryugu has been at the heart of our everyday life for the past year and a half."

It's been an amazing journey for Hayabusa2.

In September 2018, the space probe successfully landed a number of robot rovers onto the tiny asteroid Ryugu some 300 million kilometers (186 million miles) away, sending back countless fascinating pictures in the process.

Hayabusa2 had to take some drastic measures to free up Ryugu's rock samples, tossing an explosive at the asteroid in April to dislodge rocks small enough for it to scoop up during a brief touchdown.

Hayabusa2 sent its last stereo image of Ryugu on Wednesday and should reach Earth in 2020.

As part of a "Goodbye Ryugu" campaign, the Japanese Aerospace Exploration Agency is asking the public to tweet messages or even send postcards via snail mail to say goodbye to the lonely asteroid.

Soggy Past
NASA Spacecraft Finds Evidence of Ancient Rivers on Asteroid
10. 8. 20
Read More
Asteroid Wars
Astronomers Spot Bits of Entirely Different Asteroid on Surface of Bennu
9. 21. 20
Read More
Broken Clock
This Awful Tabloid Predicts a Killer Asteroid Almost Every Day
10. 11. 19
Read More
+Social+Newsletter
TopicsAbout UsContact Us
Copyright ©, Camden Media Inc All Rights Reserved. See our User Agreement, Privacy Policy and Data Use Policy. The material on this site may not be reproduced, distributed, transmitted, cached or otherwise used, except with prior written permission of Futurism. Fonts by Typekit and Monotype.