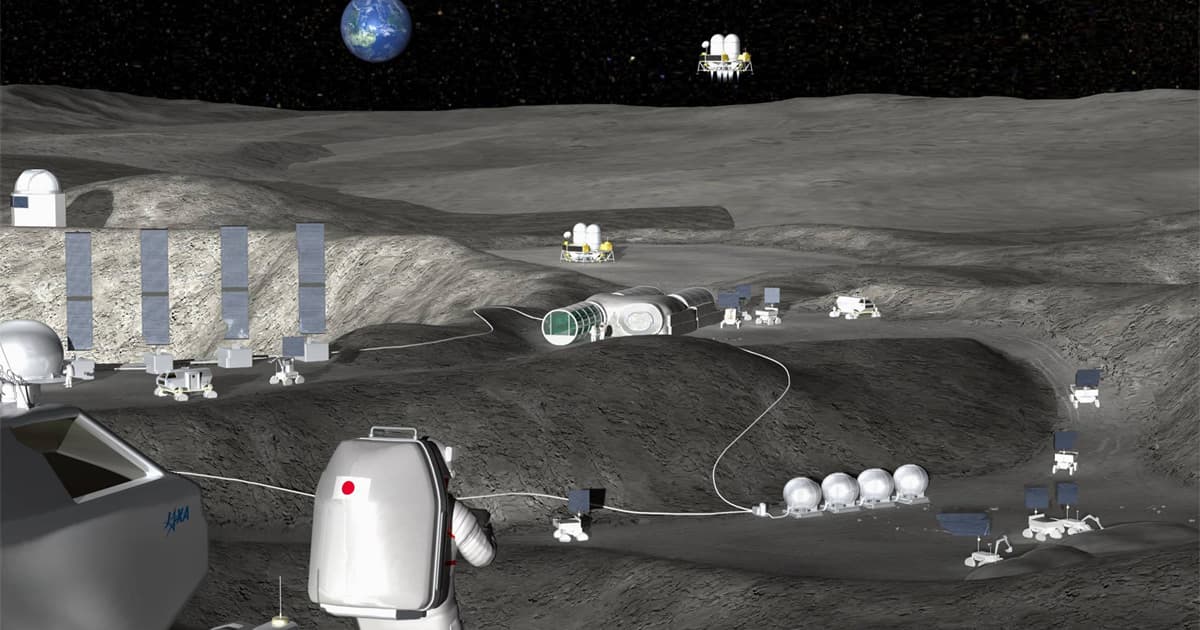 Generating fuel on the Moon is a lot cheaper than bringing your own.

Generating fuel on the Moon is a lot cheaper than bringing your own.

The Japan Aerospace Exploration Agency (JAXA) has revealed plans to extract hydrogen from the Moon's ice deposits to use as a fuel source, the major Tokyo-based newspaper Japan Times reports.

The goal is to cut costs during the nation's planned lunar explorations in the mid-2030s by creating a fuel source locally rather than lugging copious amounts of fuel all the way from Earth.

Scientists suspect there could be substantial ice deposits near the Moon's south pole and hiding in the shadows of its many craters.

As a preliminary step, the space agency plans to collaborate with NASA to build the Lunar Gateway, a smaller space station orbiting the Moon intended to serve a stepping stone to the lunar surface below.

The generated fuel would provide enough power to gently carry four astronauts to and from the Gateway. It could also be used to power a transport vehicle on the surface that can travel up to 1,000 kilometers by hopping across the surface, according to the Japan Times.

JAXA estimates that it will take about 37 tons of water to provide enough power to and from the Lunar Gateway. It will take a further 21 tons to explore the surface.

More on the Gateway: Here’s NASA’s Plan for a Lunar “Base Camp”

Ground Control to Major Jim
Here's NASA's Plan for a Lunar "Base Camp"
4. 6. 20
Read More
New Video Shows Japanese Probe Shooting Asteroid With Bullet
3. 5. 19
Read More
Hayabusa2
Japan Just Landed a Robot Spacecraft on an Asteroid
2. 22. 19
Read More
+Social+Newsletter
TopicsAbout UsContact Us
Copyright ©, Camden Media Inc All Rights Reserved. See our User Agreement, Privacy Policy and Data Use Policy. The material on this site may not be reproduced, distributed, transmitted, cached or otherwise used, except with prior written permission of Futurism. Articles may contain affiliate links which enable us to share in the revenue of any purchases made.
Fonts by Typekit and Monotype.