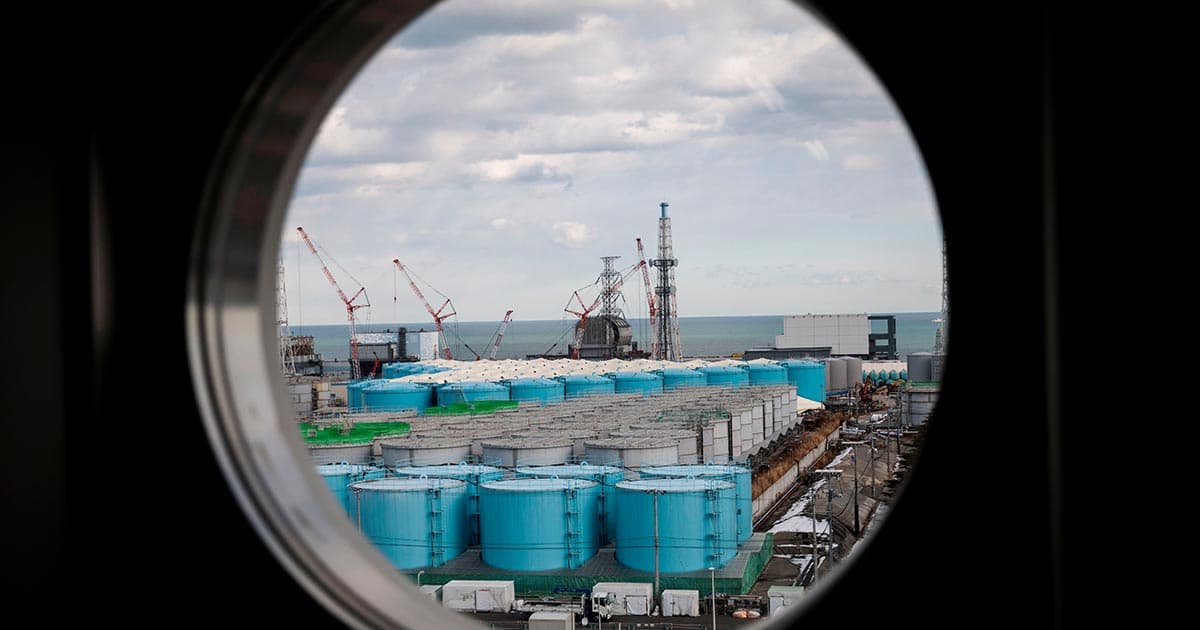 May 18
BEHROUZ MEHRI/AFP via Getty Images

While the environmental risks are minimal according to the regulator, there's still plenty of tritium, a potentially carcinogenic byproduct, in the water that could threaten the health of aquatic ecosystems and their neighboring communities and countries.

There are a lot of unknowns that make judging the full impact of such a venture difficult to gauge. Notably, there are still some questions about the health impacts of being exposed to low doses of tritium in the long term, according to the AP, especially as far as sea life is concerned.

Last year, Japanese Prime Minister Yoshihide Suga announced plans to dump water contaminating the buildings involved in the 2011 Fukushima nuclear meltdown into the ocean. Officials warned at the time that the plant could run out of space to store the contaminated groundwater, which amounts to 1.4 million liters across 1,000 different tanks.

It's been a controversial subject to say the least, with Suga being publicly challenged to drink some of the radioactive wastewater last April.

Neighboring countries, including China and South Korea, have also voiced their discontent ever since plans surfaced.

The plan is to pump the wastewater through a pipeline to a coastal facility next spring, where it will be diluted with seawater, according to Reuters. That mix will then be discharged just over half a mile from shore.

Back Online
Japan May Need Nine Nuclear Reactors Turned On to Get Through Winter
Jul 14
Read More
Does Whatever a Boar Pig Does
Fukushima Now Home to Radioactive Boar-Pig Hybrids
6. 30. 21
Read More
Bad Leak
An Underground Tank Is Leaking Massive Amounts of Radioactive Waste
4. 30. 21
Read More
+Social+Newsletter
TopicsAbout UsContact Us
Copyright ©, Camden Media Inc All Rights Reserved. See our User Agreement, Privacy Policy and Data Use Policy. The material on this site may not be reproduced, distributed, transmitted, cached or otherwise used, except with prior written permission of Futurism. Articles may contain affiliate links which enable us to share in the revenue of any purchases made.
Fonts by Typekit and Monotype.