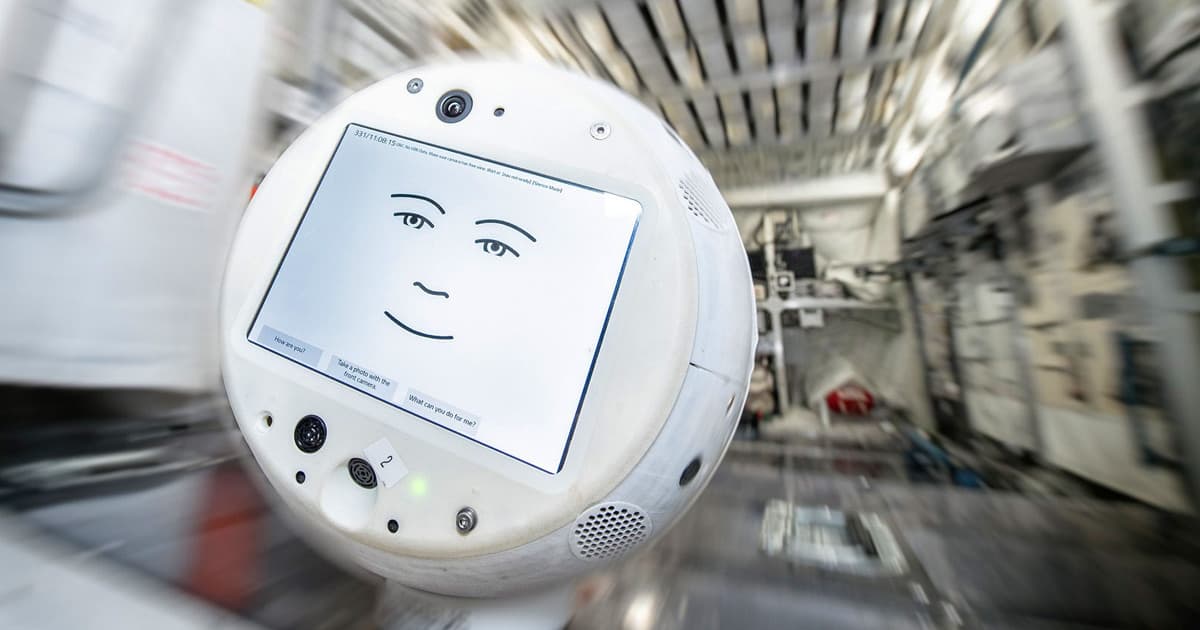 The International Space Station's Robot Got an Emotional Upgrade

This time, it's staying for three years.

This time, it's staying for three years.

CIMON, the robot assistant built to help astronauts on the International Space Station, is back in action after an upgrade to its artificial intelligence.

The robot, formerly known as a bit of a brat, is now able to better detect and respond to human emotions, according to an IBM press release. Apparently, CIMON-2 will use IBM's Watson AI to better detect astronauts' tone.

CIMON-2 was sent into space on a SpaceX rocket that launched earlier this month.

This time around, the spherical bot is expected to stay in orbit for three years straight, according to the release.

The ultimate goal is to develop robot assistants that can help human crew members on future missions that involve long journeys into deep space — during which communications with Earth will be strained due to signal delays.

"On a journey to the Moon or Mars, the crew would be able to rely on an AI-based assistance service, without a permanent data link to Earth," CIMON project manager Christian Karrasch said in the release.

FROM THE DEPT. OF THINGS TO BUY
The Best Telescopes of 2023
Jan 29
Read More
Thanks, but No Thanks
Oakland Police Want to Arm Robots With Shotguns, Because We Live in a Dystopian Nightmare
10. 17. 22
Read More
Unholy Diver
Terrifying Humanoid Diving Robot With "Human" Sense of Touch Explores Shipwreck
8. 1. 22
Read More
+Social+Newsletter
TopicsAbout UsContact Us
Copyright ©, Camden Media Inc All Rights Reserved. See our User Agreement, Privacy Policy and Data Use Policy. The material on this site may not be reproduced, distributed, transmitted, cached or otherwise used, except with prior written permission of Futurism. Articles may contain affiliate links which enable us to share in the revenue of any purchases made.
Fonts by Typekit and Monotype.