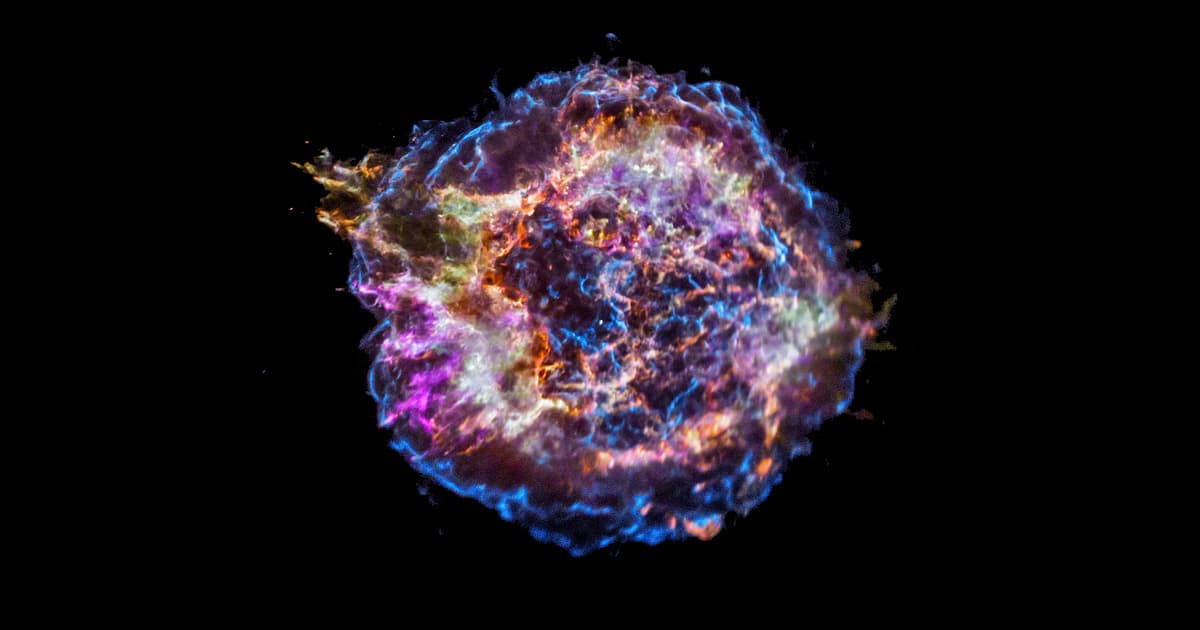 An astronomer says it's "freshly-made from exploding stars."

An astronomer says it's "freshly-made from exploding stars."

Researchers have identified traces of plutonium that came to Earth from a distant supernova and landed in the bottom of the Pacific Ocean.

The plutonium, which was dug up by a Japanese oil company and donated to scientists, is comparatively young, according to research published Thursday in the journal Science, at least compared to the age of the rest of the cosmos. And because it's so fresh, studying it could help scientists finally unravel how plutonium and other heavy elements are manufactured inside the bellies of stars.

"Just knowing that there's plutonium there is amazing," University of Illinois astronomer Brian Fields, who didn't work on the study, told NPR. "Now we only have tiny amounts of material — after all, we're talking about hundreds of atoms here. But we should be grateful for that, because they are freshly-made from exploding stars."

To be clear, this "freshly-made" plutonium has still been on Earth several times longer than humanity has — it's not like anyone was around to watch it rain down from the sky. The researchers calculated that the plutonium is about 10 million years old and was delivered to Earth "within the past few million years," according to the Science paper.

But now, after such a long journey and millions of years of dormancy beneath the ocean, the plutonium is in the hands of scientists who may finally figure out where it came from.

The cosmic origins of elements including plutonium, gold, and platinum are still shrouded in mystery. Several scientists who weren't affiliated with the Science study told NPR that they think a regular old supernova wouldn't be powerful enough to create them.

Other hypotheses include plutonium being churned out by unusually explosive dying stars, neutron star mergers, or some other astoundingly-powerful cosmic event.

"We do not know exactly where they are produced and how much is produced in different sites," Australian National University physicist and study leader Anton Wallner told NPR.

More on supernovas: Radioactive Dust From an Ancient Supernova Is Buried in Antarctica