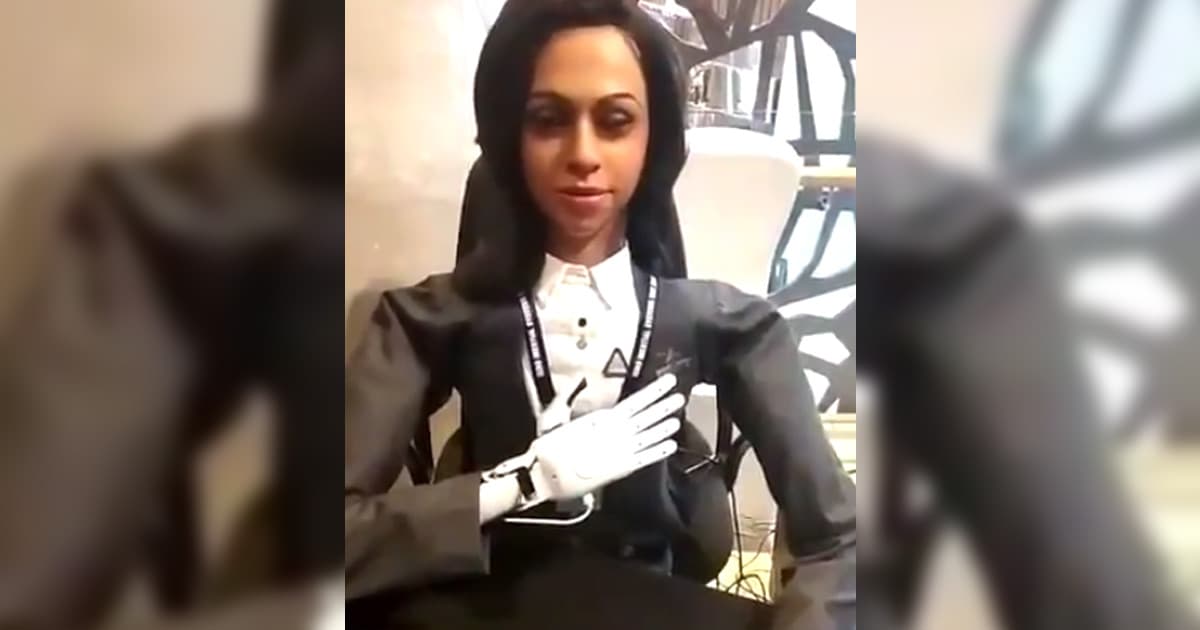 India Wants to Send This Legless Humanoid Robot Into Space

"I can be a companion of the astronauts, recognize them and respond to their queries."

"I can be a companion of the astronauts, recognize them and respond to their queries."

The Indian Space Research Organization (ISRO) has unveiled a legless robot called "Voymmitra" that it wants to send into space on an uncrewed mission later this year. The eerily humanoid robot can reportedly speak two languages, according to Business Insider.

"Vyommitra will simulate human functions, will interact with the environmental control and life-support system," ISRO chairman K Sivan told the Times of India. "Our robot is like a human, and will be able to do what man can do, although not as extensively," Sivan added.

First half humanoid that will be a part of @isro Gaganyaan unmanned mission. Humanoid will take off into space this December 2020 pic.twitter.com/BLHFNZNv3S

The humanoid will be launched on the first uncrewed test flight of India's planned Gaganyaan crewed orbital spacecraft.

"I can be a companion of the astronauts, recognize them and respond to their queries," Vyommitra can be heard saying in a clip uploaded to Twitter.

But its own movement will be limited.

"It's called a half humanoid because it doesn't have legs," ISRO scientist Sam Dayal told India Today. "It can only bend side wards and forward."

The mission is part of India's greater ambitions to send Indian astronauts to space by 2022 — if all goes according to plan — first announced by prime minister Narendra Modi in 2018.

It wouldn't be the first time a nation has sent a humanoid robot into space. Russia sent its gunslinging humanoid robot FEDOR to the International Space Station in August.

More on humanoid robots in space: Russia’s Working on a Lunar Rover With a Humanoid Torso

Tesla Bots Roll Out
Elon Musk Just Announced a Humanoid "Tesla Bot"
8. 20. 21
Read More
FEDOR Android
Parts Suppliers Are Boycotting Russia's Pistol-Shooting Android
3. 1. 19
Read More
A Six-Foot Tall Humanoid Robot Could Come to Your Rescue During a Disaster
2. 27. 18
Read More
+Social+Newsletter
TopicsAbout UsContact Us
Copyright ©, Camden Media Inc All Rights Reserved. See our User Agreement, Privacy Policy and Data Use Policy. The material on this site may not be reproduced, distributed, transmitted, cached or otherwise used, except with prior written permission of Futurism. Fonts by Typekit and Monotype.