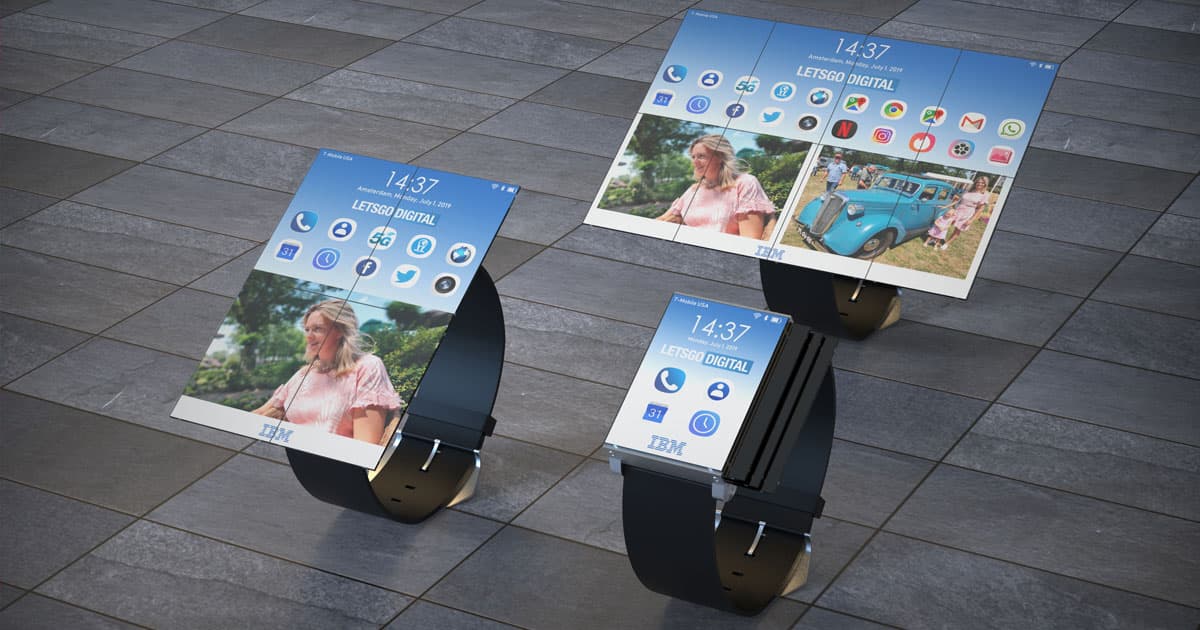 IBM Patented a Goofy-Looking Watch That Folds Into a Tablet

IBM just patented an extremely goofy-looking take on the smartwatch: its touch-screen display unfolds to form a full-sized tablet while strapped to your wrist.

The device, which is described as "an electronic display device configured for variable display size" according to last month's patent, takes foldable devices to a whole new level with its 8x increase in size from watch mode to tablet mode. However, per Tom's Guide, there's no mention of how the repeatedly-folding touchscreen is supposed to work without cracking or peeling like all those smartphones did.

IBM may never build its bizarre, "Spy Kids"-reminiscent folding watch — Tom's Guide predicts that the company will continue to focus on other areas like artificial intelligence or quantum tech. It's also possible that the company decided that holding onto the legal rights for a repeatedly-folding display could be valuable down the road.

It's also unclear who exactly needs a spring-loaded tablet on their wrist at all times. We're also no sure how such a device would be more useful than existing alternatives — unless you're a restaurant server who needs access to a tray at the ready.

Health Sale
Remember IBM's Amazing Watson AI? Now It's Desperately Trying to Sell It Off
1. 7. 22
Read More
From Our Partners
Augmented Reality Eyewear Is The Future, And It Is Not Too Far Off
10. 28. 21
Read More
From Our Partners
Save Over 30% On This Wearable That Helps Boost Your Focus
9. 25. 21
Read More
+Social+Newsletter
TopicsAbout UsContact Us
Copyright ©, Camden Media Inc All Rights Reserved. See our User Agreement, Privacy Policy and Data Use Policy. The material on this site may not be reproduced, distributed, transmitted, cached or otherwise used, except with prior written permission of Futurism. Articles may contain affiliate links which enable us to share in the revenue of any purchases made.
Fonts by Typekit and Monotype.