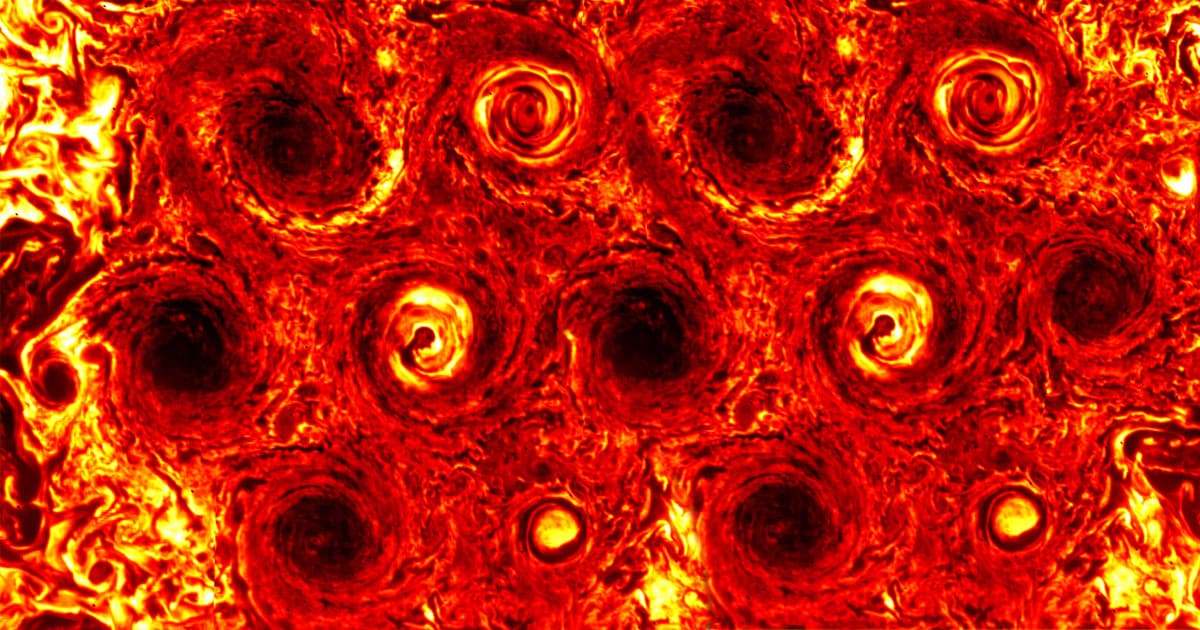 Check Out This Hypnotic Array of Colossal Storms on Jupiter

Yet another cyclone popped up on Jupiter's south pole.

Yet another cyclone popped up on Jupiter's south pole.

Even putting its Great Red Spot aside for the moment, Jupiter is a bizarre place covered in gigantic, swirling storms.

NASA recently discovered another storm — this one the size of the United States — on the planet's south pole, joining an array of six others that were already swirling around in a beautiful hexagonal pattern, according to an agency press release.

NASA first observed the new storm when the space agency's Juno spacecraft flew past the south pole in late November.

The flyby, which marked the 22nd time Juno checked up on Jupiter, was actually a bit of an evasive maneuver: NASA had to reroute Juno to keep it from dying in an eclipse that would have blocked its solar panels and ended the mission.

"We realized that the orbit was going to carry Juno into Jupiter's shadow, which could have grave consequences because we're solar powered," Juno principal researcher Scott Bolton said in the release. "No sunlight means no power, so there was real risk we might freeze to death."

"Lo and behold, first thing out of the gate on the other side, we make another fundamental discovery," he added.