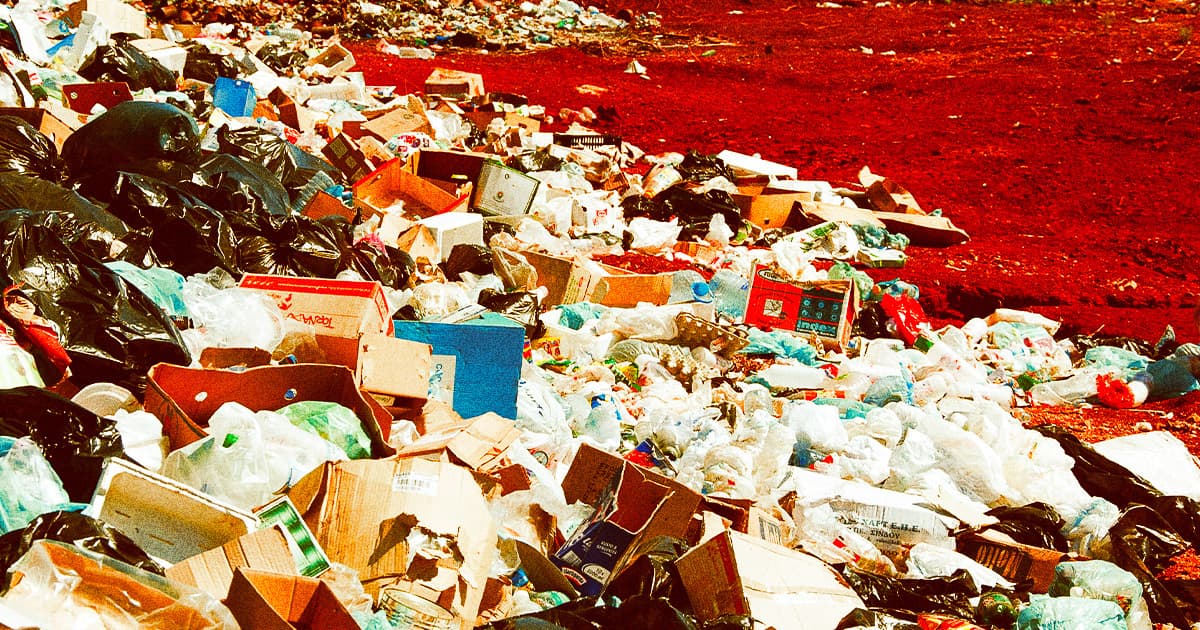 Humans Have Already Left a Staggering Amount of Trash on Mars

Uh... leave no trace behind?

Uh... leave no trace behind?

We’re all enamored by humanity’s impressive efforts over the past 46 years at exploring Mars. There are few feats capable of drawing out the childlike wonder in all of us like news from the Red Planet.

But on the decidedly less glamorous side of things, we’re leaving behind a surprising amount of trash — about 15,694 pounds of debris so far, according to a new Conversation essay by West Virginia University postdoc Cagri Kilic.

In a sense, it’s not surprising to hear about junk being left behind on the Martian surface. After all, random bits of amusing detritus have made headlines on here before, like a noodle-like object in July that had NASA scientists scratching their heads before they finally confirmed it was just a piece of shredded netting left over from an earlier landing.

But given the way we've treated the Earth, it's a little uncomfortable to consider our growing impact on our planetary neighbor.

One of the reasons there’s so much debris left behind is from the current method of landing on the planet’s surface. To safely enter and pass through the atmosphere, a spacecraft comes clad in a disposable heatshield and deploys a parachute to slow down in time before nearing the ground. Naturally, all that stuff gets discarded. Even active rovers leave behind bits of discarded hardware, the essay notes, like the Curiosity Rover’s wheels.

An often overlooked form of trash is inactive spacecraft, most of them landers. Currently, there’s nine of them lying around in the desert sands like bits of Ozymandias. That's why, in Kilic's analysis, they "might be better considered historical relics than trash."

In addition, between two to four crashed spacecraft lie ruined somewhere on the Martian surface, a solemn reminder that landing on the planet is a precarious task that requires meticulously planned execution.

Pollution in itself is not great, but the main concern to NASA scientists is that it may risk current and future missions. The last thing you'd want is for some junk to get tangled up in a state-of-the-art rover like Perseverance. There's also the threat of contaminating samples collected by the rover — but so far, that risk is considered to be low.