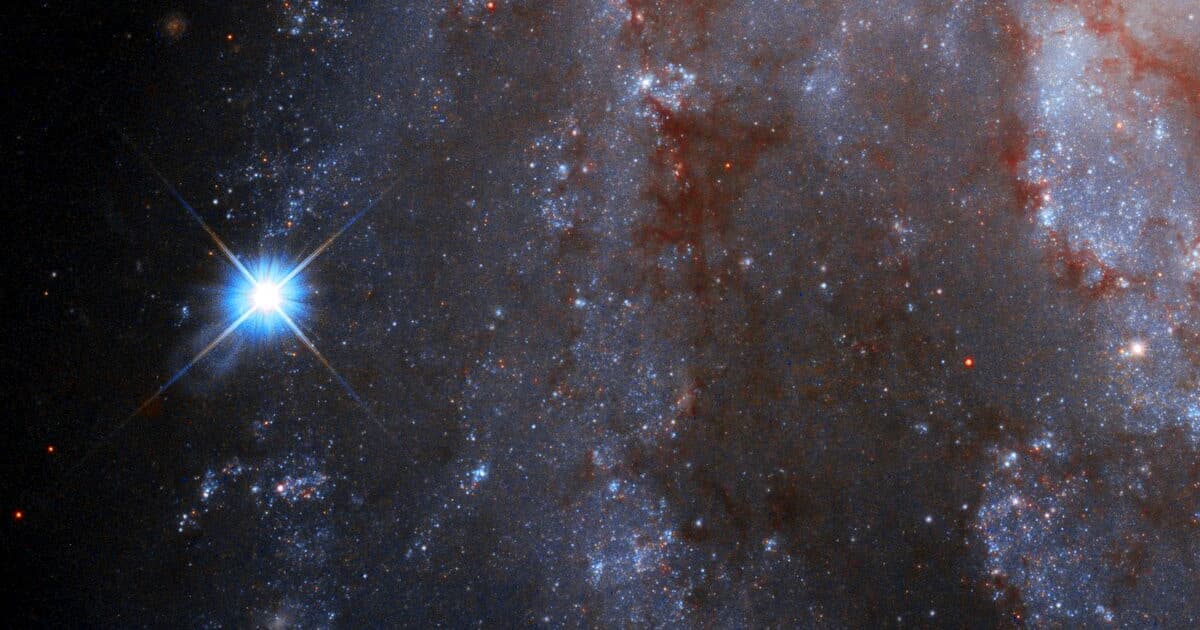 Hubble Just Watched a Star Explode In a Massive Supernova

Thanks to a series of images taken by the telescope, we get to watch the event unfurl over time.

The star, SN 2018gv, is located in the spiral galaxy NGC 2525, some 70 million light-years away. Astronomers first started observing it because they were using the star as a way to measure the expansion rate of the universe.

The time lapse spans about a year and shows the star first appearing as one of the brightest stars in the galaxy's outer edges, then quickly fading almost completely out of sight.

The star, a white dwarf, was once accompanied by a second star, forming a close binary system, from which it accreted material over time. It then started to heat up, ballooned in size, and effectively transformed itself into a massive atomic bomb, exploding in a type Ia supernova.

"No Earthly fireworks display can compete with this supernova, captured in its fading glory by the Hubble Space Telescope," Nobel Laureate Adam Riess of the Space Telescope Science Institute (STScI) said in a ESA statement.

Astronomers use these events as a way to measure how fast the universe is expanding around us, otherwise known as the Hubble constant. Over time, thanks to close to 30 years of operation, the Hubble telescope has helped researchers hone in on this constant, allowing us to gather tantalizing hints about the origin story of our universe.

Strange Stars
Astronomers Puzzled by Extremely Peculiar Object in Deep Space
10. 25. 22
Read More
From the Dept. of Things to Buy
Review: The "Out of This World Cook Book" Chronicles the Early Meals of the Space Age
8. 30. 22
Read More
zombie star
Scientists Puzzled by Star That Exploded in Supernova But Somehow Survived
6. 28. 22
Read More
+Social+Newsletter
TopicsAbout UsContact Us
Copyright ©, Camden Media Inc All Rights Reserved. See our User Agreement, Privacy Policy and Data Use Policy. The material on this site may not be reproduced, distributed, transmitted, cached or otherwise used, except with prior written permission of Futurism. Articles may contain affiliate links which enable us to share in the revenue of any purchases made.
Fonts by Typekit and Monotype.