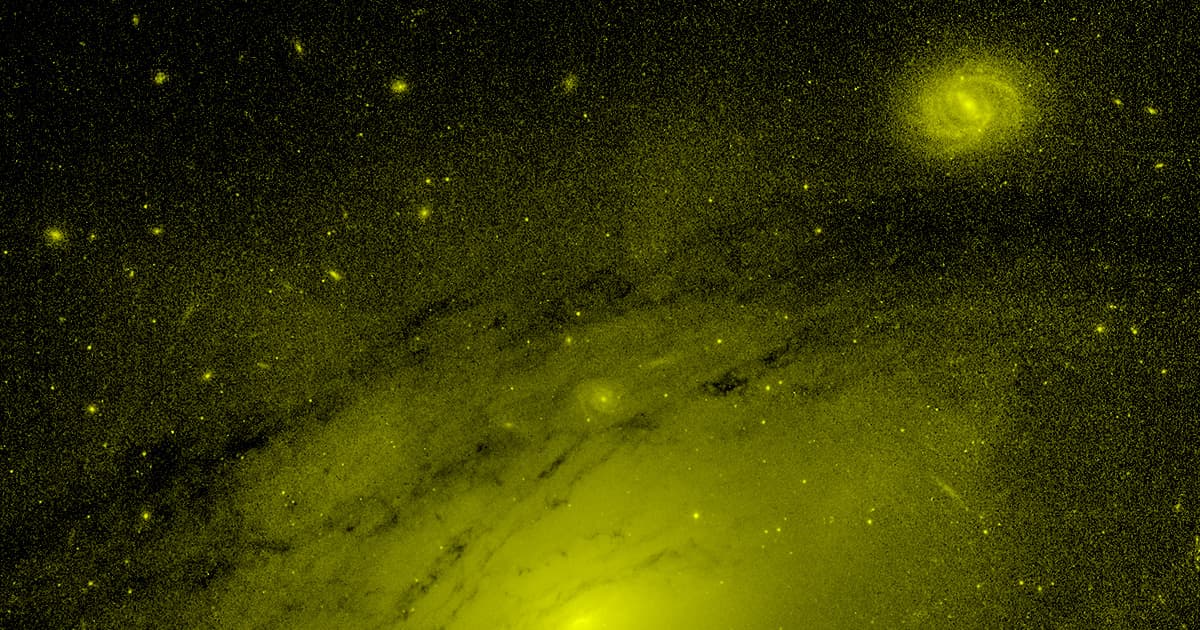 Scientists took a closer look at Hubble images of a supermassive black hole — and saw what appeared to be long beams of darkness streaming out.

Scientists took a closer look at Hubble images of a supermassive black hole — and saw what appeared to be long beams of darkness streaming out.

Scientists took a closer look at Hubble images of a supermassive black hole and saw what appeared to be long beams of darkness streaming out.

The Harvard & Smithsonian Center for Astrophysics (CfA) scientists behind the research still aren't sure what's causing the "dark rays." But according to research they published last month in The Astrophysical Journal Letters, their best guess is that it's light traveling through clouds of cosmic dust — not unlike rays of sunlight that pierce clouds on Earth.

Citizen scientist Judy Schmidt first noticed the strange phenomenon in Hubble images last year — and it was her tweets asking what was going on that spurred the Harvard research in the first place.

"I noticed the dark rays almost immediately after I’d opened the file in Photoshop and began working to enhance them to make sure what I thought I saw was there," Schmidt said in a Harvard press release.

Looking at this new pic of IC5063 (from Barth's Prop15444), trying to figure out if I can make a color image... hmm maybe not, but are these cones I'm straining to see real, I wonder? 🤔 pic.twitter.com/EtMSyhhTkj

The main question remaining is where the dust — which the team believes takes the form of a thin, torus-shaped layer surrounding the black hole — came from, and why the light is emanating from it in all directions.

"It's possible that the warping creates big enough gaps for some of the light to shine through, and as the torus rotates, beams of light could sweep through across the galaxy like a lighthouse beams through fog," lead author and Harvard researcher Peter Maksym said in the release. "Scientifically, it's showing us something that is hard, and usually impossible, to see directly."