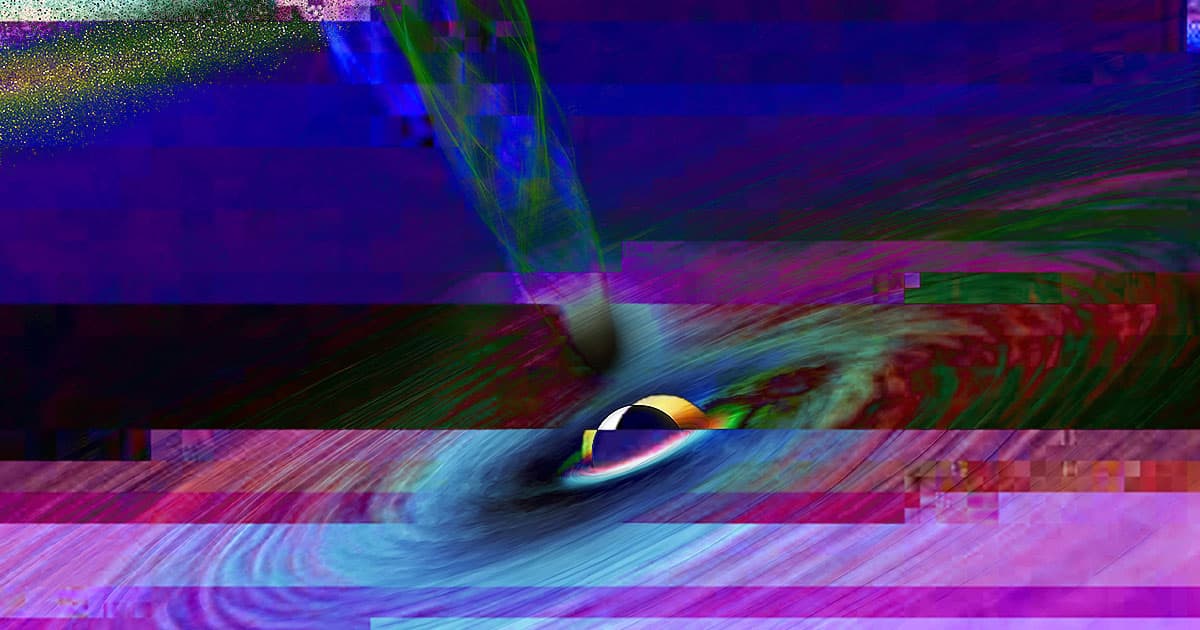 A supermassive black hole's corona vanished — and then reappeared.

A supermassive black hole's corona vanished — and then reappeared.

A distant supermassive black hole seems to have restarted itself, in a cosmic glitch so striking it would leave the architects of The Matrix puzzled.

Astronomers observing the black hole watched as its corona, the incredibly bright ring of particles that circles its event horizon, vanished over the course of a year. Then, even more confusingly, it reappeared, as though the entire black hole was turned off and on again.

In just a year, which is blazingly fast on a celestial time scale, the corona dimmed 10,000 times over. Then, in a few months, it formed a new one that’s now almost as bright as the original.

“We expect that luminosity changes this big should vary on timescales of many thousands to millions of years,” MIT physicist Erin Kara said in a press release. “But in this object, we saw it change by 10,000 over a year, and it even changed by a factor of 100 in eight hours, which is just totally unheard of and really mind-boggling.”

The scientists suspect that something gummed up the works: According to research published Thursday in The Astrophysical Journal Letters, the black hole may have eaten a star that jammed everything up like a wrench stuck in a machine’s gears.

“This will be really important to understanding how a black hole’s corona is heated and powered in the first place,” Kara added.