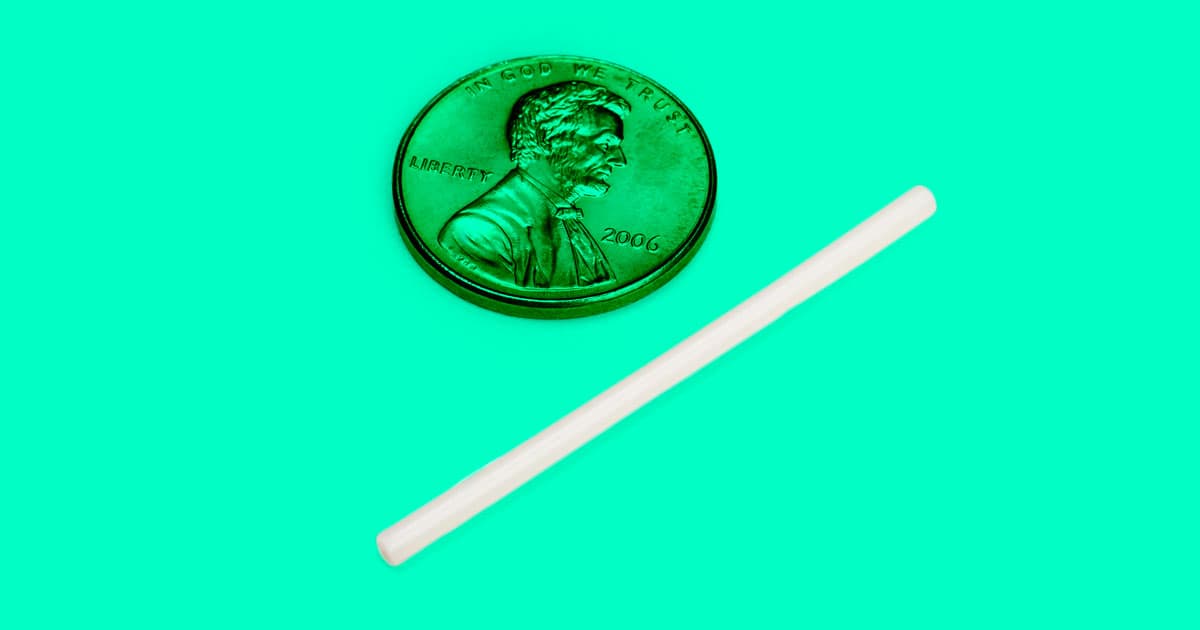 This Tiny Implant Could Prevent HIV for an Entire Year

Today, people at a high risk of contracting HIV can choose to take a daily medication called pre-exposure prophylaxis (PrEP). This can prevent them from catching the virus — not entirely unlike how the daily birth control pill can prevent pregnancy.

But just like some people have trouble remembering to take their birth control pill every day, there's a chance a person might forget to consistently take their PrEP, which makes it far less effective.

Now, global biopharmaceutical company Merck thinks it's found a solution to this problem: an implant that delivers a year's worth of HIV-preventing medication gradually, ending the need for daily pills.

Merck's HIV implant isn't too different from the birth control implant favored by many people — it's about the size of a matchstick and sits just under the skin in a person's upper arm.

On Tuesday, the company announced the results of a Phase 1 trial of the implant, saying it was "well tolerated" and effective at delivering an HIV-preventing medication.

While the trial involved just 12 men and lasted for just 12 weeks, Merck said in a press release that it is encouraged by the results.

"If — and I’m emphasizing if — if it pans out in a larger trial that it delivers a level of drug that’s protective for a year, that would be a game-changer," he told The New York Times.

More on HIV: This Pharma Company Is Set to Begin HIV Vaccine Trials

Second Win
Doctors Say They've Permanently Cured a Patient's HIV
3. 5. 19
Read More
Earlier Cancer Detection Could Be Just an Artificial Mole Away
4. 18. 18
Read More
A Robotic Implant Could Treat Congenital Disorders in Babies
1. 14. 18
Read More
+Social+Newsletter
TopicsAbout UsContact Us
Copyright ©, Camden Media Inc All Rights Reserved. See our User Agreement, Privacy Policy and Data Use Policy. The material on this site may not be reproduced, distributed, transmitted, cached or otherwise used, except with prior written permission of Futurism. Articles may contain affiliate links which enable us to share in the revenue of any purchases made.
Fonts by Typekit and Monotype.