New Microneedle Patch Delivers a Month’s Worth of Birth Control

A person could administer it themselves in just five seconds. 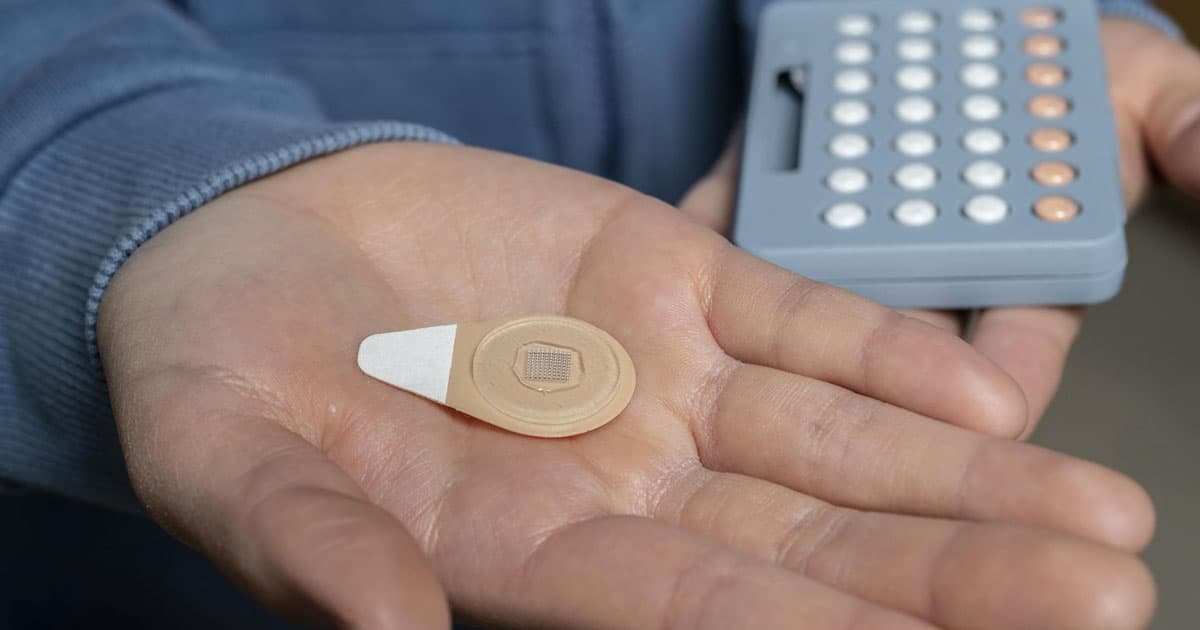 People need a better way to avoid getting pregnant, and researchers from the Georgia Institute of Technology think they've found it.

On Monday, they unveiled a microneedle patch that delivers a month's worth of contraceptive hormones in just five seconds  — and it could give women and other people who can get pregnant across the globe a new level of control over their fertility in the future.

Today, there are more birth control options than ever before. People can opt to take a pill once a day, receive a shot every three months, or get fitted with an intrauterine devices (IUD) or implant that can prevent pregnancy for years.

But each of these options has its drawbacks. Remembering to take a pill every day can be a pain, and many people — particularly those in developing nations — lack access to healthcare, which can make getting regular shots or an implant difficult or impossible.

In a study published on Monday in the journal Nature Biomedical Engineering, the Georgia Tech team describes a new microneedle birth control patch and argues that it could be an improvement over the alternatives.

Each patch consists of a backing material covered in tiny biodegradable needles containing the contraceptive hormone levonorgestrel. The idea is that a person would press the patch onto their body for about five seconds, and when they pulled the backing material away, the needles would remain embedded in their skin.

Over the course of the next 30 days, the needles would dissolve, delivering enough of the hormone to prevent pregnancy.

So far the team has only tested its microneedle birth control patch on rats. The researchers also didn't actually check if the rats could get pregnant — they only measured the animals' hormone levels to ensure the patch delivered a dose adequate for contraception, which it did.

Still, if the patch proves effective in human trials, it could be the contraceptive option people have been waiting for, according to Gregory S. Kopf, director of R&D Contraceptive Technology Innovation at Family Health International, a nonprofit that supported the Georgia Tech team's research.

"This self-administered long-acting contraceptive will afford women discreet and convenient control over their fertility," Kopf said in a press release, "leading to a positive impact on public health by reducing both unwanted and unintended pregnancies."

More on microneedles: Newly Developed Microneedles Can Dissolve in the Skin to Deliver Drugs