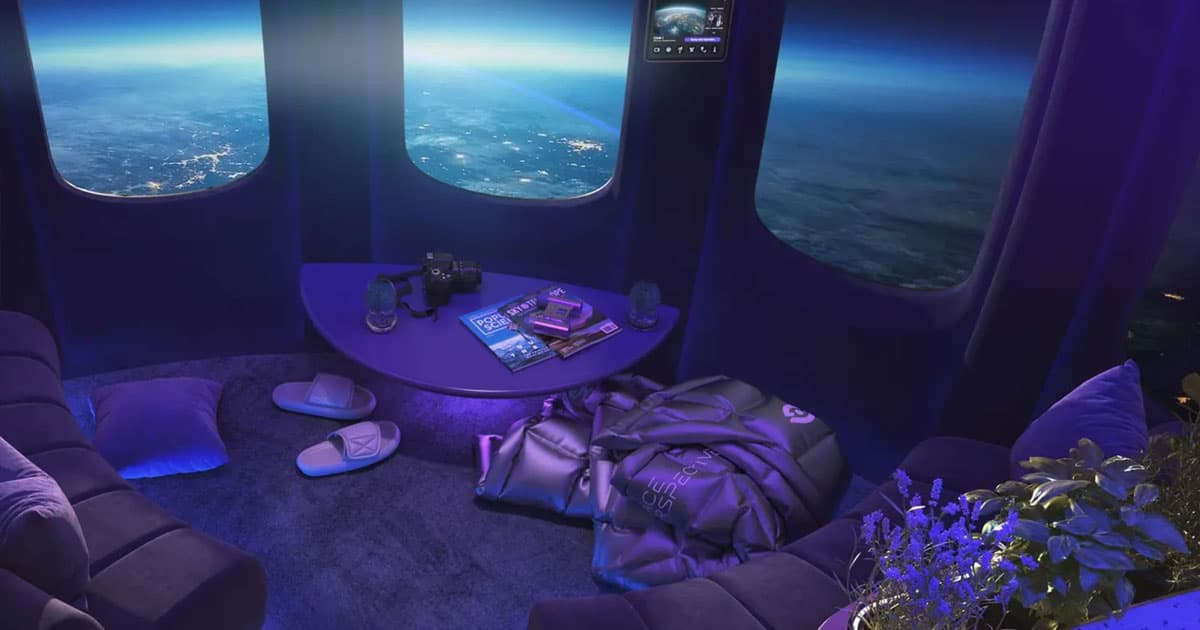 Talk about a view!

Talk about a view!

Tourism startup Space Perspective just showed off the design of its "Space Lounge" cabin, which is one day meant to ascend well into the Earth's atmosphere, hanging from a massive balloon.

And while it looks cozy as hell — imagine a man cave, but 20 miles up in the air, with some stunning views out of floor-to-ceiling windows — calling it a "space" anything is misleading at best.

The balloon, which the company refers to as the "world's only carbon-neutral spaceship" on its website, will take the circular structure a mere 20 miles off the surface of the planet, falling far short of anything you could reasonably define as outer space.

In other words, it's yet another space tourism company misusing the term "space" to cash in on the trend.

While 20 miles isn't even a third of the way to the Karman Line, the internationally recognized — yet largely arbitrary — edge of space, the company argues the experience will still be spectacular, allowing the rich to gaze upon the deep black of the beyond.

Space Perspective says it's already sold more than 600 tickets for a six hour experience — at $125,000 per ticket.

"We are above 99 percent of Earth's atmosphere," co-founder Jayne Poynter told Agence France-Presse.

Poynter doubled down on that interpretation that gliding up to 20 miles is going to space.

"We wanted to find a way that really changed the way people think about spaceflight that makes it much more approachable and accessible," Poynter added.

It certainly sounds like an accessible experience, especially given the fact that passengers will never actually feel the effects of weightlessness, an arguably integral part of spaceflight.

Don't get us wrong. Misleading marketing aside, the experience sounds delightful. The lounge will also feature a bar and even WiFi connectivity.

Just don't expect to be called an astronaut once you touch back down on the surface.

More on the company: Startup Says It'll Launch You Into the Stratosphere on a Balloon