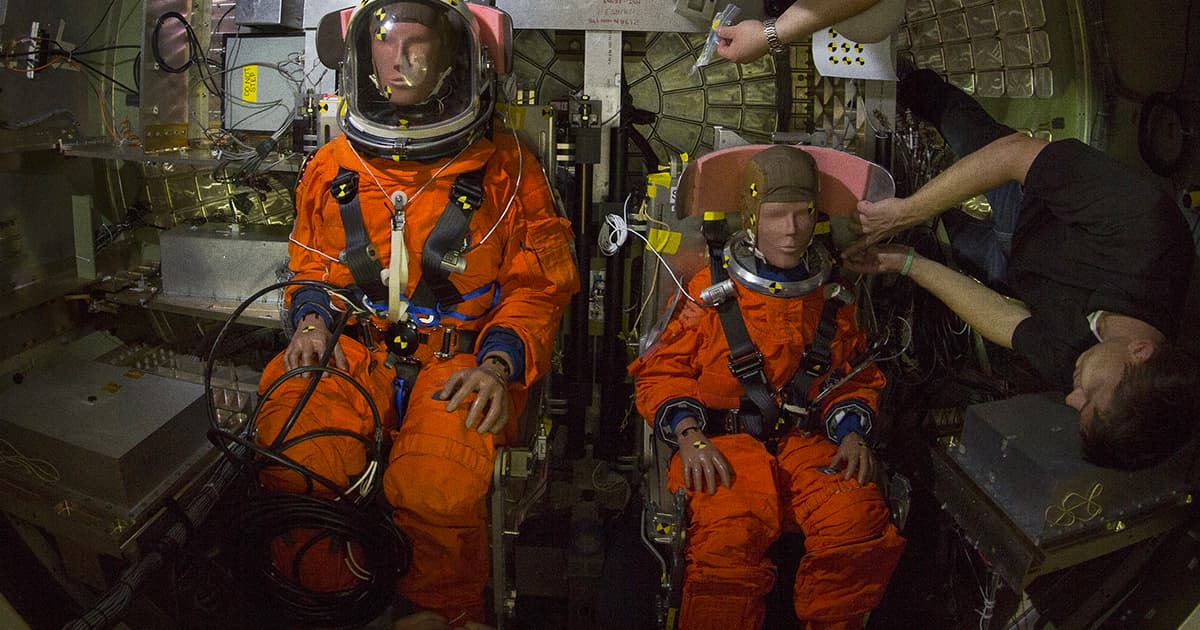 [Insert Name Here] will take a ride around the Moon to make sure it's safe for humans.

[Insert Name Here] will take a ride around the Moon to make sure it's safe for humans.

NASA is gearing up for its Artemis I mission, but the space agency overlooked one crucial detail — and it's asking the public for help.

The upcoming mission, expected to launch in early November, is essentially a test run for the following crewed launches that will send actual humans to the Moon. So, to prepare, NASA is sending a yet-unnamed manikin around the Moon in an Orion spacecraft first — and just put out a call for help naming it.

NASA has seemingly learned the lessons of past open-ended naming contests like the one that brought us Boaty McBoatface — us members of the public will have to choose between eight pre-nominated names when voting opens on NASA's Twitter, Facebook, and Instagram accounts on Wednesday.

The choices are Ace, Campos, Delos, Duhart, Montgomery, Rigel, Shackleton, and Wargo. Each is inspired by an acronym or dedication. For example, Delos is the place where Artemis and Orion were born, according to Greek mythology, and "Ace" stands for "Artemis Crew Explorer."

The unnamed manikin has already bene through quite a few tests. But before NASA launches it into space, it'll be outfitted with sensors to detect radiation exposure while also measuring what impact the powerful vibrations and acceleration associated with space travel might have on a real human crew member.

More on the Artemis missions: NASA Has Assembled a Megarocket to Take Humans to the Moon