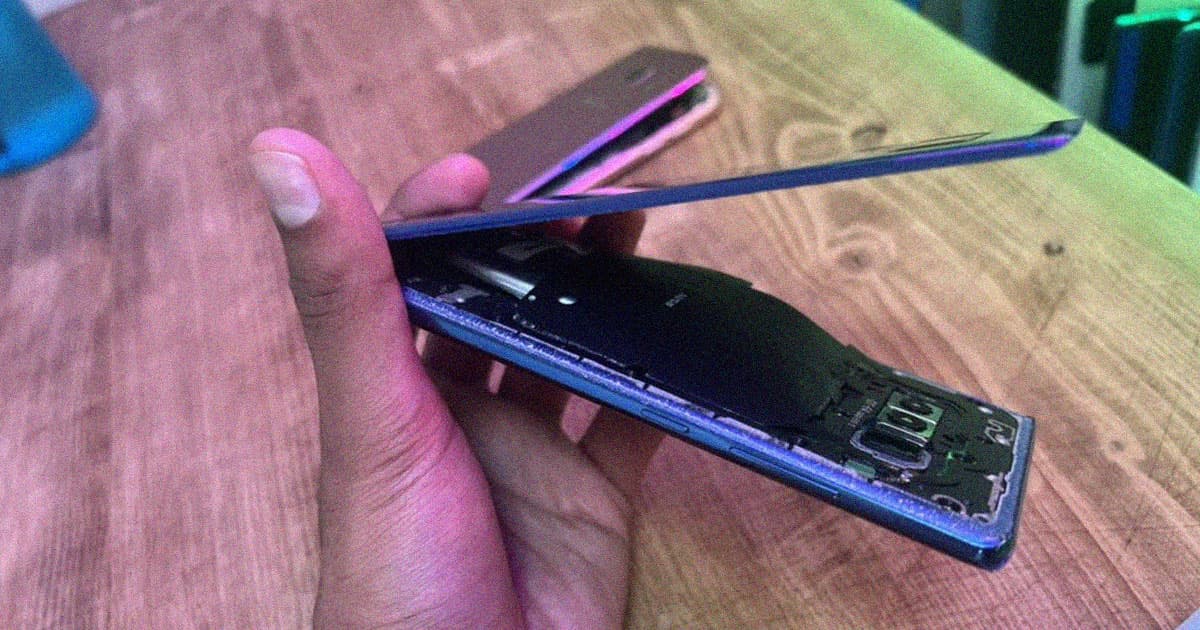 It's getting way too hot.

It's getting way too hot.

YouTube tech reviewer Arun Maini, better known as Mrwhosetheboss, says he made an alarming discovery when checking in on his sizable collection of smartphones.

Maini posted images of a handful of Samsung phones he claims popped open under the relentless temperatures the UK is experiencing right now.

"I've just found out that three of my Samsung phones' batteries have blown up because of the recent UK heatwave," Maini tweeted on Wednesday. "Not a single other brand has."

Maini included two pictures: one that showed three different cell phones with the back cases busted open, and a second close-up of an expanded battery.

In the worst case scenario, those swollen batteries could potentially end up exploding and catch fire — a risk that should give anybody pause, especially as many countries are breaking heat records this summer.

Not a single other brand has 🤔 pic.twitter.com/LI6Qrz8xSv

Up in the Air

Maini's findings aren't exactly surprising, considering the Korean smartphone maker has a history of such problems — a long one.

Back in 2017, Samsung had a slew of complaints over the batteries of its Note 7 smartphone exploding and catching fire.

The final postmortem boiled down to issues with the phones' circuitry. The events were unfortunate, but not uncommon, as any uBreakiFix employee can attest.

It's unclear how widespread the issue is with Samsung's current offerings, but given Maini's conclusion, there's at least some cause for concern.

After all, the UK just went through a heatwave that killed well over 1,000 people and set record-high temps for residents, which could very well lead to overheating batteries as well.

It's still unclear, however, if it was indeed the heat that caused these Samsung smartphones to pop open — there's still a chance it had nothing to do with the heat at all. Then there's the fact that only very few people in the UK own an air conditioner.

"We have been made aware of this issue, and have reached out to YouTuber Arun Minai for further information to assess the damage of these devices as a priority," the company said in a statement to Futurism.

As the globe continues to heat up, there's less room for errors and oversights in tech manufacturing.

And tech companies like Samsung should be more careful than ever — in fact, given the company's past record, Samsung should know that more than any other smartphone maker out there.