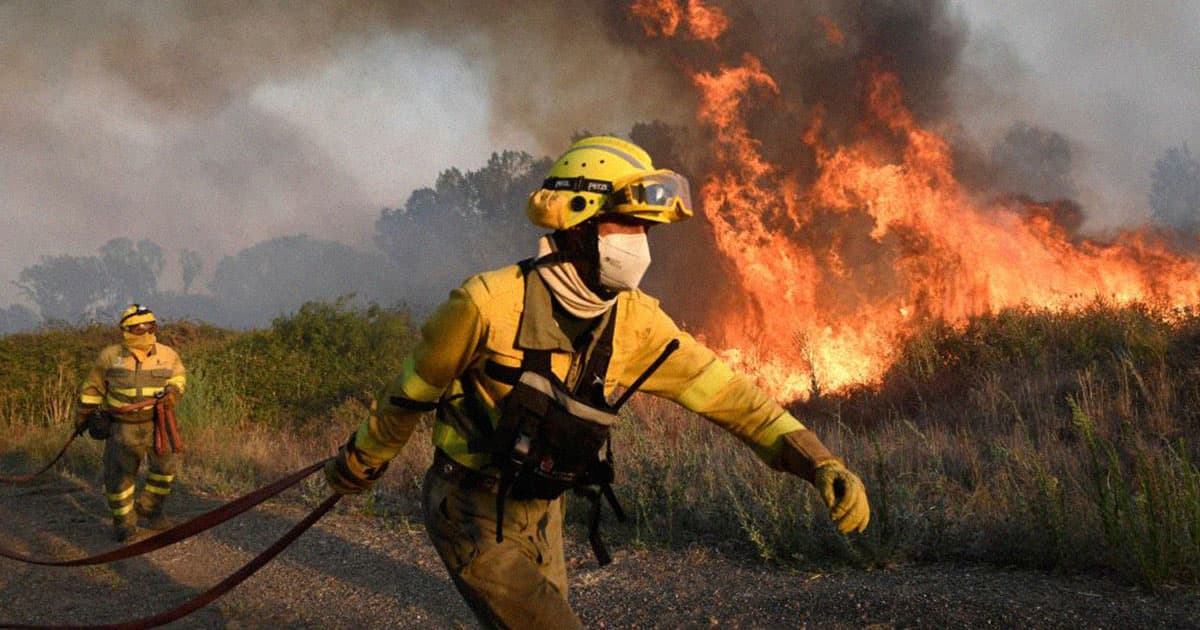 You had one job!

You had one job!

Land Life, a Dutch reforestation company that offers carbon offsets to polluting industries by planting trees, has accidentally started a massive forest fire in Spain — the second in just a month's time, Vice reports — in a genuinely staggering unintended consequence.

The ironic twist underlines just how dangerous the current situation in Europe is, with at least 20 wildfires burning out of control across the continent right now due to record heat and countless deaths, not to mention widespread risks to infrastructure.

In other words, we're almost certainly seeing climate change rear its ugly head — which makes the fact that a reforestation company is causing wildfires all the more depressing.

The details are grim.

"The fire started while one of our contractors was using a retro-spider excavator to prepare the soil to plant trees later this winter," a statement by Land Life reads. "The operators alerted the emergency services. The emergency teams are working non-stop to control the fire and have fortunately established the fire perimeter."

This latest fire turned into a substantial inferno, affecting around 35,000 acres of land, according to the company. Around 2,000 people had to be evacuated, a "serious and concerning" incident, as Javier Lambán, the president of the local government of Aragon told local media.

The timing isn't exactly great. Southern European is currently battling a "heat apocalypse," a highly dangerous heat wave that has already claimed the lives of over a thousand people in just Spain and Portugal alone.

The historic levels of heat have also led to "monster" wildfires, with authorities warning of "very extreme" fire danger throughout the continent.

In short, it's unfortunate to have a reforestation company be the cause of a massive wildfire. In the face of everything else, it's the very last thing Europe needs right now.

More on wildfires: Over a Thousand Die in European "Heat Apocalypse"