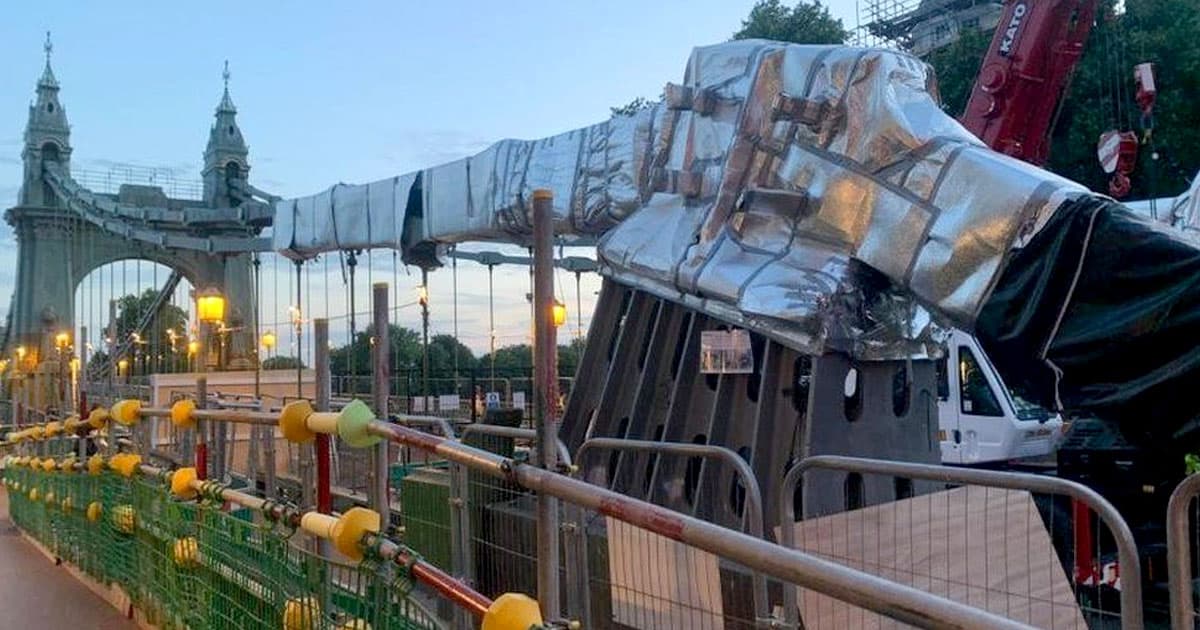 They aren't ready for this heat.

They aren't ready for this heat.

As deadly temperatures in Europe continue their climb to troubling, record-breaking highs, countries are scrambling to protect at-risk infrastructure.

One such case? The UK — which just announced a "red warning" for extreme heat for the first time in its history — has resorted to wrapping London's 135-year-old Hammersmith Bridge completely in sun-reflecting silver foil as a means to keep it from cracking, The New York Times reports.

This isn't the first time a heatwave has disrupted the Hammersmith. Back in August 2020, high temperatures exacerbated micro-fractures in the aging throughway's cast iron pedestals, leading to a shutdown that lasted nearly a year.

Now, with a heatwave scorching the country, officials are hoping that by reflecting sunlight during the day and running the cooling system over the covered areas at night, engineers will be able to keep the temperature of the sensitive pedestal's chains below 13 degrees Celsius (roughly 55 degrees Fahrenheit).

According to the NYT, If that temperature reaches 18 degrees Celsius, the bridge will once again be closed off.

"The safety of the public is our first priority," Sebastian Springer, a project manager for the wrapping endeavor, said in the press release. "As we deal with the current extreme heat, we are also coming up with innovative solutions to keep the temperature within the threshold."

We're hoping this London Bridge avoids the fabled prophecy. And as Springer suggests, innovative solutions are certainly necessary across the board, in these next few weeks and beyond. Coming summers will likely pose similar threats to other ill-equipped structures, which will demand more creativity and money — the latter of which, as it's always worth noting, isn't something that every nation has.

More on the European heatwaves: Over a Thousand Die in European "Heat Apocalypse"