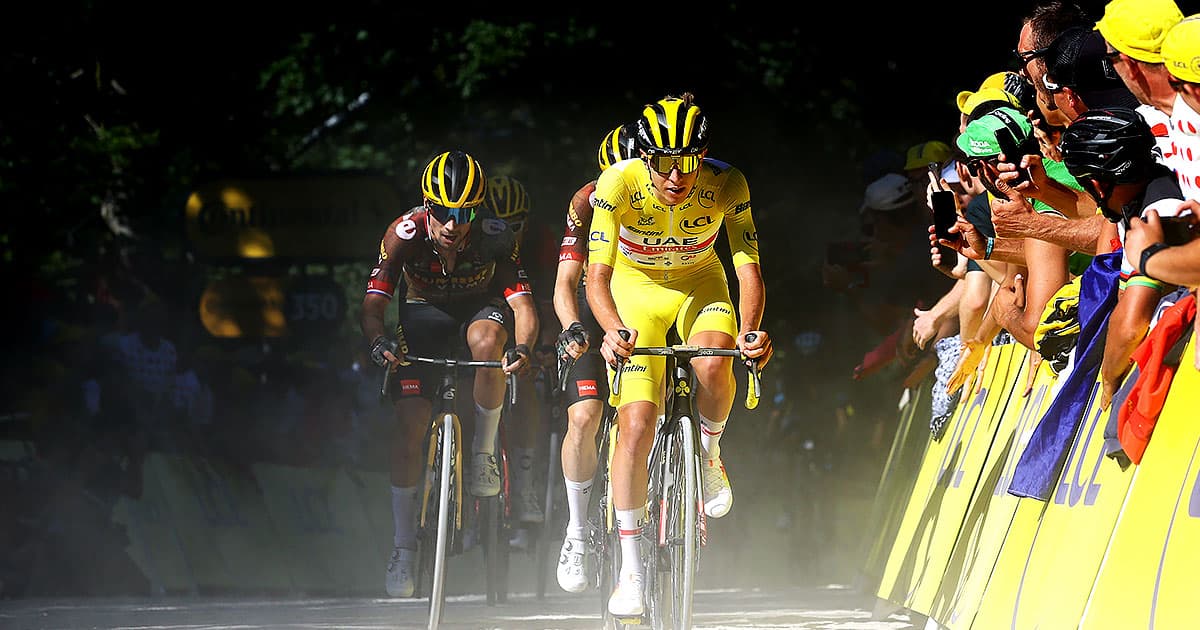 "In certain places, the asphalt is going to start melting..."

"In certain places, the asphalt is going to start melting..."

Despite deadly wildfires and record heat across Europe, the Tour de France is doing everything in its power to keep cyclists on the route — to the degree that its organizers have even taken to pouring water on parts of the course to make sure the roads don't melt.

Jalopnik reports that Amaury Sport Organization (ASO), which manages the Tour, has allocated 10,000 liters (about 2,642 gallons) of water, split between multiple trucks, to target particularly meltable points in the course. Who said the apocalypse had to be dull!

"In certain places, the asphalt is going to start melting, not everywhere of course, but it is going to get much softer," a French road safety official told French TV outlet France24, explaining that the water solution is for rider safety. "So you can imagine how that might end?"

The Tour has only rarely been cancelled in its century-plus history, and officials clearly aren't eager to succumb to the heat. But as the temperatures in Europe inch towards a sweltering peak, many are wondering if it's safe to keep riders on the streets at all — and whether continuing the competition is worth wasting the resources, especially while fires burn elsewhere in the nation and beyond.

Basically, it's incredibly hot in Europe, to a degree that's challenging infrastructure. Melting roads have already been an issue in several places, and though the ol' Dumping Water on Hot Stuff solution might work as a band-aid treatment, it hardly seems sustainable.

One safe takeaway is that the Sports Industrial Complex is incredibly wasteful. It's hard to see this allocation of resources while land burns and people die, and as this terrifyingly hot summer season rages on, it might be a good time for leaders in every industry — sports included — to ask themselves what, exactly, it's worth.

More on the Europe's heatwave: Over a Thousand Die in European "Heat Apocalypse"