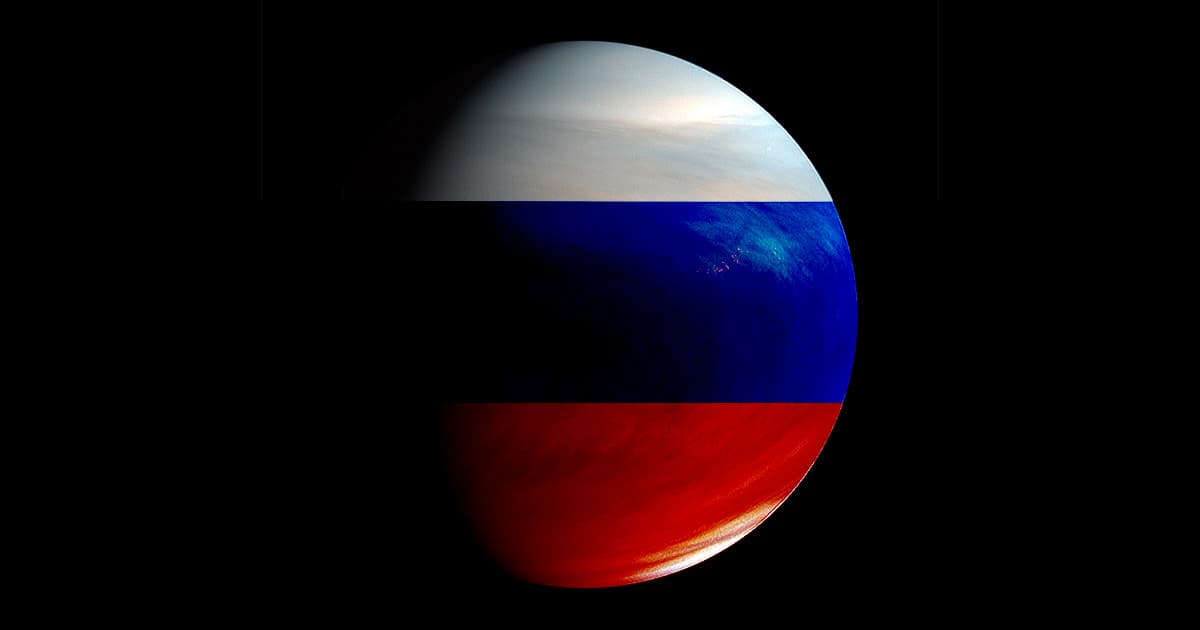 The unusual comment followed the recent high-profile discovery of significant sources of phosphine gas in the planet's atmosphere, a possible sign of life.

"Our country was the first and only one to successfully land on Venus," Rogozin said, as quoted by The Moscow Times, referring to the country's successful explorations of Venus in the 60s, 70s and 80s.

Roscosmos piled on, writing that the "enormous gap between the Soviet Union and its competitors in the investigation of Venus contributed to the fact that the United States called Venus a Soviet planet," in a statement quoted by Euronews.

The Soviet Union launched a number of Venera spacecraft to the hostile planet, which completed a number of firsts including the first orbit and crash-landing. Venera 7 eventually became the first lander to make a successful landing on Venus, in 1970, sending data back to Earth for 23 minutes before it succumbed to the planet's hellish conditions.

NASA, in contrast, has never focused on Venetian exploration — though it did send an orbiter and a probe to the planet in 1978.

Roscosmos has announced plans to launch an independent expedition to Venus. Such a mission would follow an already planned collaborative mission with the US called Venera-D.

But Rogozin pushed back against the recent findings that suggest that life could exist in the planet's atmosphere.

"The [Russian] spacecraft gathered information about the planet — it is like hell over there," Rogozin said.

More on Venus: Scientist Behind Venus Life Claim Describes It as “Crazy”

Brain Drain
Russian Space Program Is Apparently Forbidding Employees From Traveling Abroad, Fearing They'll Flee
3. 10. 22
Read More
Balloon Pop
Footage Shows Chinese Balloon Being Shot Down
Yesterday
Read More
Bird Crap
It Looks Like Elon Musk Is Actually Building a Twitter Payment Platform
Yesterday
Read More
+Social+Newsletter
TopicsAbout UsContact Us
Copyright ©, Camden Media Inc All Rights Reserved. See our User Agreement, Privacy Policy and Data Use Policy. The material on this site may not be reproduced, distributed, transmitted, cached or otherwise used, except with prior written permission of Futurism. Articles may contain affiliate links which enable us to share in the revenue of any purchases made.
Fonts by Typekit and Monotype.