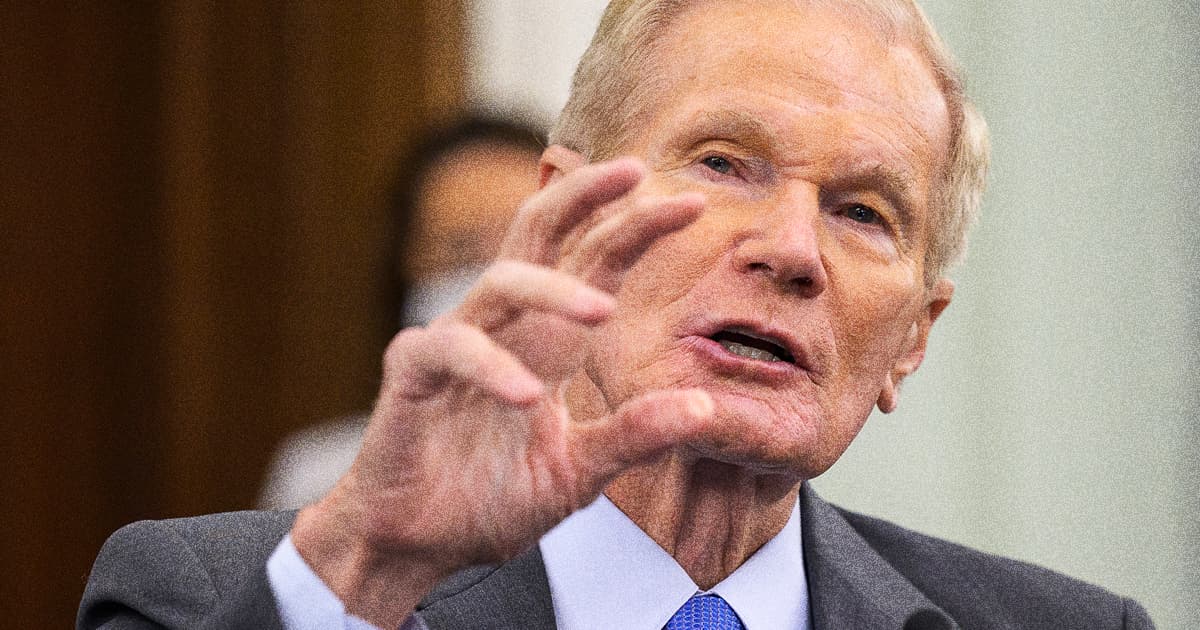 The Head of NASA Says He Believes in Aliens

"Are we alone? Personally, I don't think we are," Nelson told CNN in a video interview on Sunday.

The interview came after the Pentagon finally released the unclassified version of its long-awaited report on unexplained aerial phenomena (UAP). And despite the report's main conclusion being "we don't really know what those things were," Nelson seems convinced that life exists somewhere out there, even if aliens don't end up being the explanation for the bizarre sightings.

The report, to be clear, revealed absolutely zero evidence that there's any life beyond Earth. But it also failed to explain nearly all of the UAP sightings on file. So while Nelson isn't saying that he has proof that aliens are behind the UAPs, he does think it's likely they exist.

"But when it comes to the universe, remember, the universe is so large," Nelson told CNN. "We have a program in NASA called the search for extraterrestrial intelligence. But thus far, we don't have any receipt of communication from something that's intelligent."

Another distinct possibility is that the UAP sightings were some sort of advanced drone or aircraft sent by another country. But Nelson doesn’t think that's likely, he said, in part because the amazingly fast speeds and rapid direction changes exceed the capabilities of any country's known tech.

"We don't know the answer to what those Navy pilots saw," Nelson added. "Now they know that they saw something. They tracked it, they locked their radar on to it, they followed it, it would suddenly move quickly from one location to another. And what the report does tell us that is public is that there have been over 140 of these sightings."

READ MORE: NASA administrator on UFO report: 'I don't think we are' alone [The Hill]

Whack-an-Alien
Chinese Scientists Say They May Have Detected Signal From Extraterrestrial Intelligence, But Probably Not
Jun 14
Read More
Loeb Love
Harvard Astronomer Argues That Aliens Visited Us in 2017
1. 5. 21
Read More
Loeb Strikes Again
Harvard Astronomer Says We Should Hunt for Alien Probes
12. 22. 20
Read More
+Social+Newsletter
TopicsAbout UsContact Us
Copyright ©, Camden Media Inc All Rights Reserved. See our User Agreement, Privacy Policy and Data Use Policy. The material on this site may not be reproduced, distributed, transmitted, cached or otherwise used, except with prior written permission of Futurism. Fonts by Typekit and Monotype.