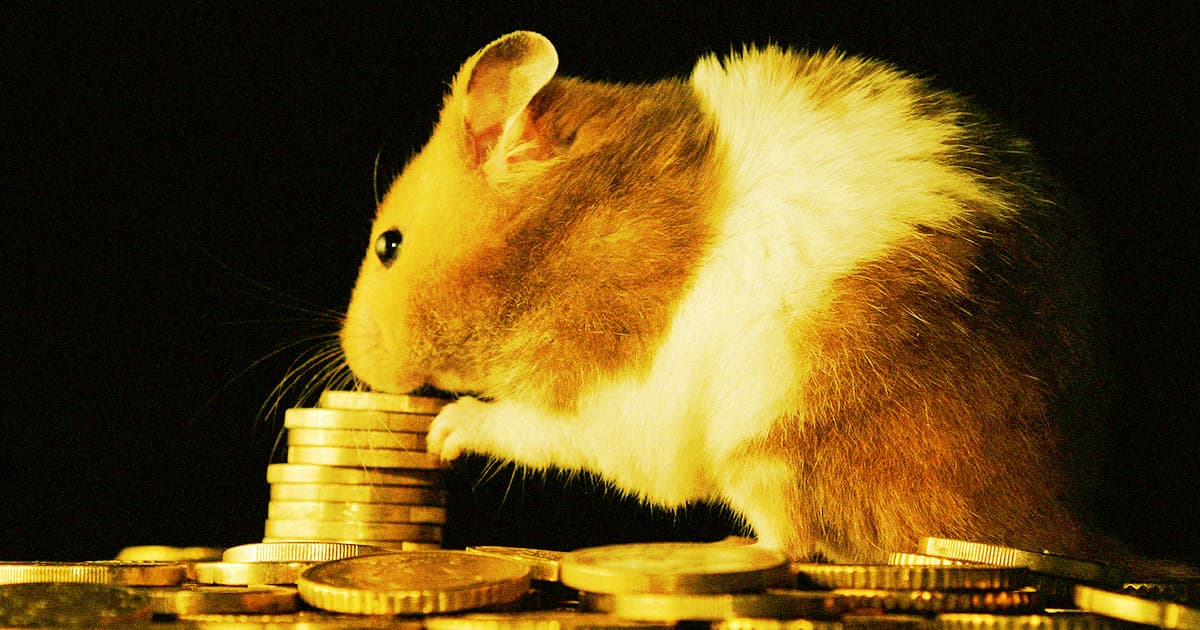 Did Elon do this?

Did Elon do this?

The alternative cryptocurrency known as Hamster Coin skyrocketed on Tuesday, trading more than 460 percent higher over the last 24 hours, Benzinga reports. And as is frequently the case in the volatile world of crypto, Tesla CEO Elon Musk probably has something to do with it.

A hamster in Germany named Mr. Goxx has been turning the crypto world upside down by buying and selling cryptocurrencies inside a rigged cage called the "Goxx Box."

The diminutive rodent has been quite successful, with his lifetime career performance up about 20 percent, according to BBC, outperforming Warren Buffet and the S&P 500. Now, it seems, he's even pumping the value of dubious altcoins.

Mr. Goxx caught the attention of Musk, who tweeted on Tuesday that the "hamster has mad skillz!!"

Dogecoin creator Billy Markus also chimed in. "He clearly needs an iced out diamond and gold hamster ball," he tweeted in response to Musk, "so he could become a hamster baller."

And that kind of hamster enthusiasm has clearly led to some appetite for hamster-themed cryptocurrencies. Tuesday evening, the price of one Hamster Coin shot up to an extraordinary $0.000000001721 after languishing around an underwhelming $0.000000000520, according to CoinMarketCap.

The value of the "HAM" cryptocurrency was already trending after Twitter CEO Jack Dorsey gave it a small shoutout in a late June tweet.

It's a silly instance of tech CEOs' outbursts sending a random alt coin soaring — and it's not the first time.