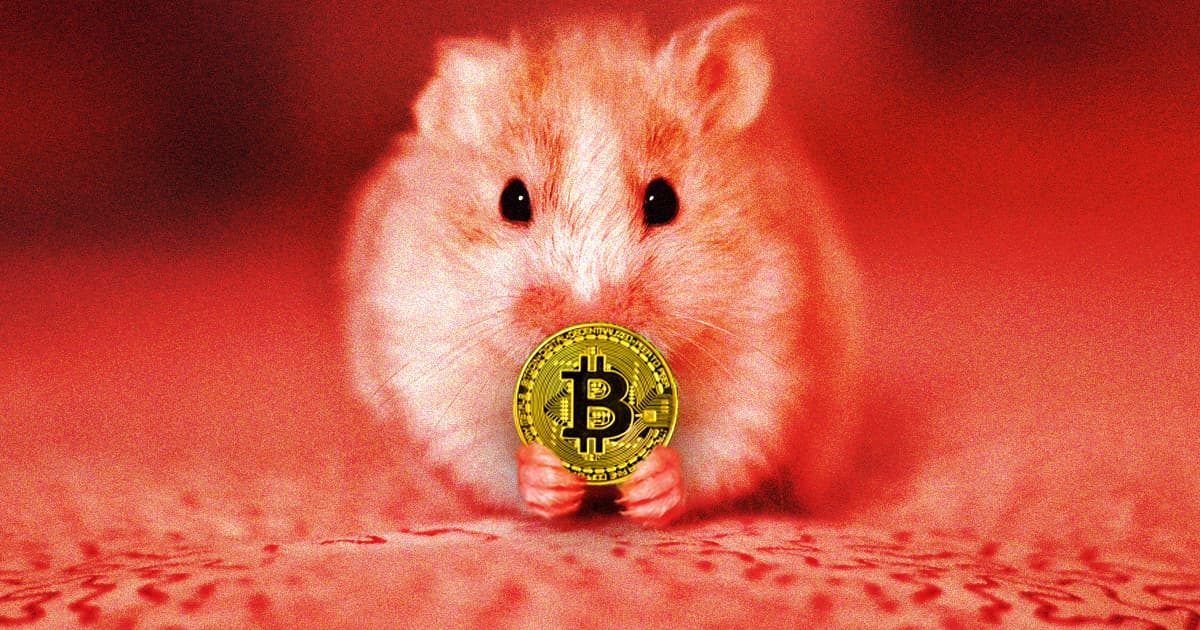 Mr. Goxx, a Germany-based hamster, has been busy making deals and trading cryptocurrencies inside his "Goxx Box," a small enclosure that allows the rodent to buy and sell by running on his wheel and slipping through "Decision Tunnels."

It's a fun stunt that has amused some of the biggest names in crypto, including Tesla CEO Elon Musk.

The hamster has done well for himself, with his lifetime career performance up about 20 percent, according to BBC, outperforming Warren Buffet and the S&P 500. That's some pretty respectable gains, considering his brain is smaller than the fingernail of a human pinky.

According to the hamster's owners, two men in their 30s, it's not just a hamster running through tunnels while working from his home office — it's social commentary as well.

"It seems like most people from our generation see no other chance than throwing a lot of their savings on the crypto market, without having a clue what's going on there," they told the BBC. "We were joking about whether my hamster would be able to make smarter investment decisions than we humans do."

It's no wonder that Musk is amused by the project. It's an intersection of cute animals and cryptocurrencies, two of Musk's favorite things.

What's next? A shiba inu buying and selling dogecoin by choosing which bowl it eats out of? We'll have to wait and see.