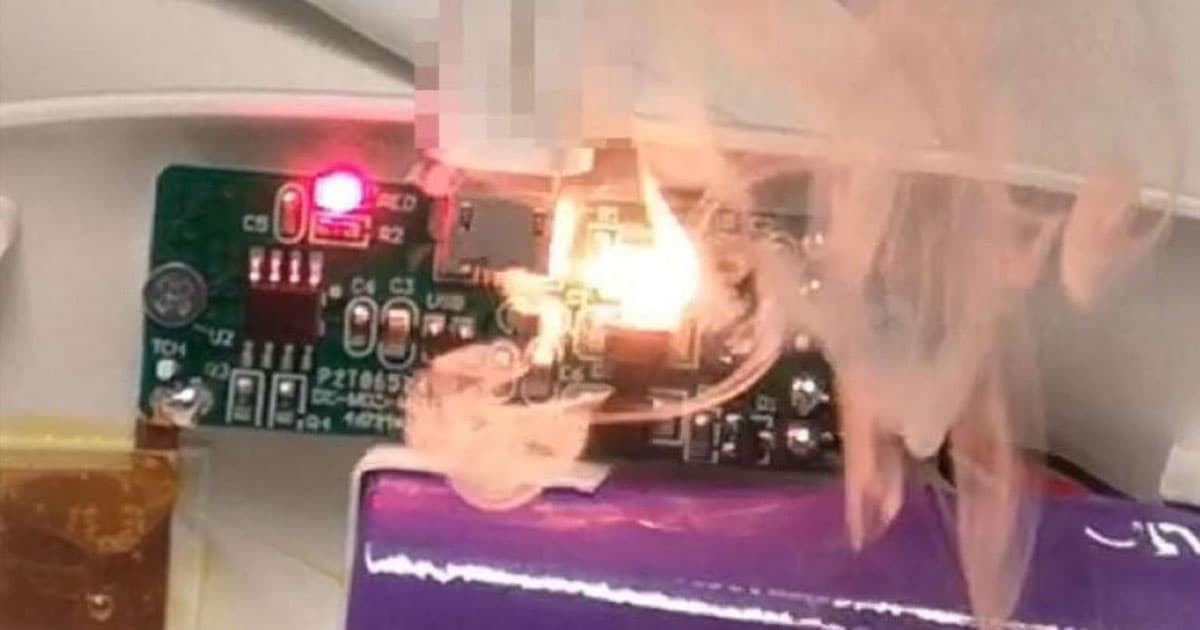 But Who Was Phone

It can even set devices on fire.

It can even set devices on fire.

Researchers at a Chinese security lab have found a dangerous security vulnerability that allows them to trick fast chargers for smartphones into doing irreversible damage to anything hooked up to them, Android Central reports.

Fast charging is a technology that allows devices such as phones or tablets to be charged at much faster speeds. The actual charger features its own microprocessor and firmware — basic bits of code that tells it what to do — that receives information from whatever it's charging, ensuring that any device hooked up to it will get the right amount of power.

Ominously, Tencent Security Labs has found a way to overwrite this firmware through the USB port present on 18 out of 35 different fast charger models. Researchers were able to modify the firmware using an exploit called "BadPower," causing the power brick to send far too high a voltage to any device hooked up to it — bricking devices or worse.

In a demo video, the Tencent researchers were even able to set a phone on fire.

To avoid that worst case scenario, Tencent advises that you avoid sharing your charger. The company is also advising manufactures to disable any kind of tinkering with the firmware of fast chargers.

While you could never be safe enough, it's still no reason to panic. To our knowledge, there have been no reports of any malicious parties modifying fast chargers with the intent to destroy any devices.

Fast charging isn't kind on batteries to start with. Recent research has found that lithium-ion batteries, like the ones found in electric cars, could actually take considerable damage from the tech in just 40 charge cycles.

READ MORE: The BadPower exploit can have a horrible effect on your fast charger [Android Central]

More on smartphones: This Guy Accidentally Took a Photo That Crashes Android Smartphones

FROM THE DEPT. OF THINGS TO BUY
I Used the GameSir X2 Controller to Turn My Smartphone Into a Retro Gaming Arcade
Mar 28
Read More
A Robot That Will Replace Your Smartphone is Already in the Works
8. 29. 17
Read More
Samsung's Galaxy S8 Will Be the World's First Phone With Bluetooth 5.0
3. 31. 17
Read More
+Social+Newsletter
TopicsAbout UsContact Us
Copyright ©, Camden Media Inc All Rights Reserved. See our User Agreement, Privacy Policy and Data Use Policy. The material on this site may not be reproduced, distributed, transmitted, cached or otherwise used, except with prior written permission of Futurism. Fonts by Typekit and Monotype.