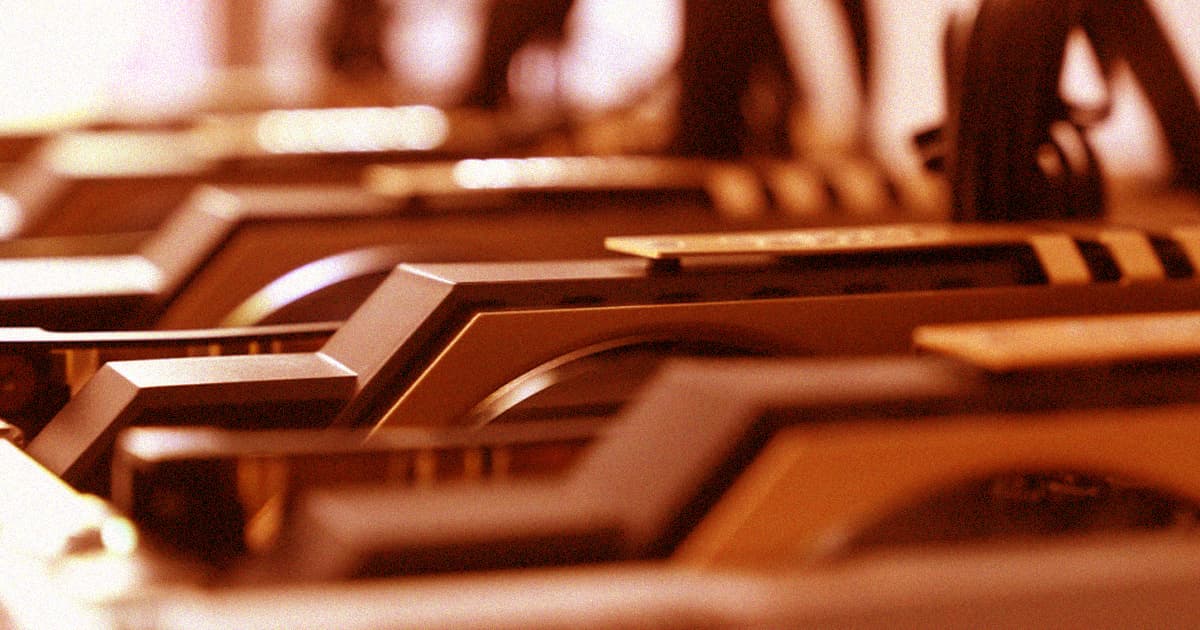 GPU Prices Plummet After China Cracks Down on Bitcoin Mining

Is the crypto slump here to stay?

Is the crypto slump here to stay?

Chinese authorities are cracking down on cryptocurrency mining, which is causing an interesting side effect: the price of graphics cards is plummeting, the South China Morning Post reports.

Graphics cards, with their powerful Graphics Processing Units, (GPUs) are a critical piece of the energy-intensive mining process. Growing demand for GPUs has caused their market price to soar far above MSRP in recent years.

The price of Bitcoin, in contrast, has seen a steady decline over the last few months, driven by China's crackdown as well as Tesla CEO Elon Musk flip-flopping on his support for the digital currency — the latest indication that the cryptocurrency space remains anything but dull.

The implications for the future of crypto are unclear. At the time of writing, the price of Bitcoin is hovering around $32,500 according to Coindesk, well below its mid-April peak of around $63,300.

Graphics cards being sold companies like NVIDIA and Asus are now dropping in value by as much as 66 percent, according to SCMP, that indicating a major sell-off may still in be store in the near future as appetite for cryptocurrencies falters.

The steep prices for the components have also been a huge bane for gamers. Graphics cards also happen to be an integral part of what's needed to run the demanding video games.

Now, gamers may soon be able to get a lot more for their money. Regulators in China are increasingly cracking down on mining farms. The government has maintained that the volatility of crypto trading comes with a substantial risk to individuals and society as a whole.

Cryptocurrencies have also consistently been used for more nefarious purposes including ransomware attacks, making them unpopular amongst lawmakers in both China and much of the rest of the world.

There's also the carbon footprint of power-hungry mining operations. China wants to greatly cut carbon emissions by the next decade.

Falling graphics card prices are an early indication that the current slump affecting cryptocurrencies may be here to stay — or at least for the next little while.

In the meantime, gamers can rejoice and look forward to somewhat more affordable hardware — if, that is, they're even able to get their hands on graphics cards right now. A global chip shortage has only made things worse, and is unlikely to go away any time soon.