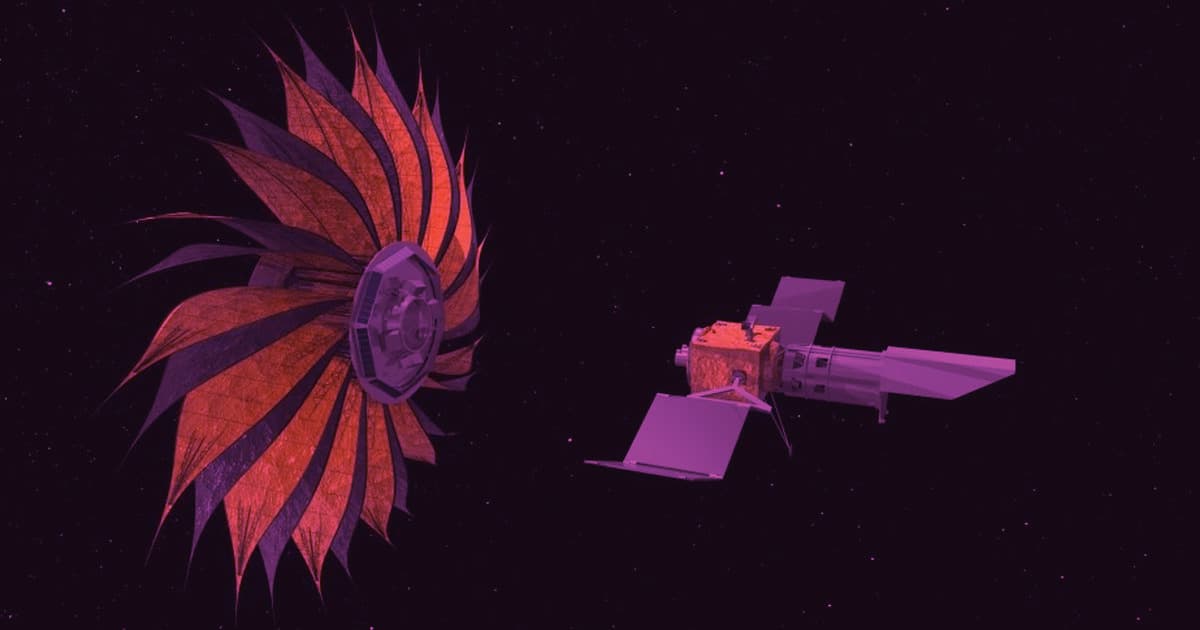 The Habitable Exoplanet Observatory would probe deep space for a new home.

The Habitable Exoplanet Observatory would probe deep space for a new home.

The Habitable Exoplanet Observatory — HabEx for short — would have a four-meter-wide mirror, compared to the Hubble Space Telescope's 2.4 meter one. That would grant it a greater ability to observe and spot distant Earthlike worlds, according to a press release, and better determine whether they can support life or even future human settlements.

What sets HabEx apart from other space telescopes is a 52-meter-wide sail that it can use to filter out light from distant stars.

Normally, that light keeps astronomers from being able to see any exoplanets orbiting nearby, so HabEx will simply block the stars altogether by launching its sail up ahead while it surveys and takes images of the surrounding area.

HabEx is one of four new projects that NASA proposed to be the "next great observatory," so there's no guarantee that it will be funded, per the release. But if it's selected over the others, the space telescope would be funded in 2021 and launch sometime in the 2030s.

The other three proposals are also exoplanet-hunting missions, but HabEx is the cheapest among them — a positive sign for its chances of survival within the cash-strapped space agency.

READ MORE: Astronomers present a concept for the next NASA flagship mission [The Ohio State University via Phys.org]

More on habitable exoplanets: Survey Finds That Water Is Common Around Exoplanets